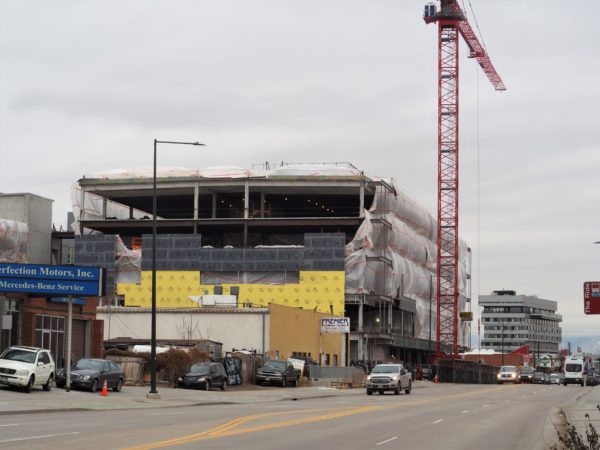 The five-story office building with ground-floor retail was first announced in 2016. (Photos by Thomas Gounley)

Rev360 has topped out along RiNo’s Brighton Boulevard.

The five-story office building with ground-floor retail was first announced in 2016 under the name Revolution 360. That was shortened to Rev360 by the time the project, located at 3600 Brighton Blvd., broke ground earlier this year.

WeWork has signed on to take two of the project’s four office floors. Also, a parking garage for the building is under construction behind it along Wynkoop St.

Here are photos taken earlier this week (click for a larger view), as well as a rendering and a site map: 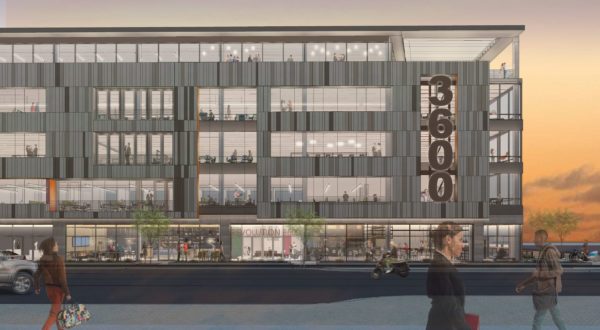 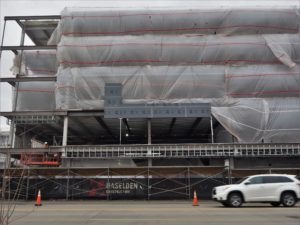 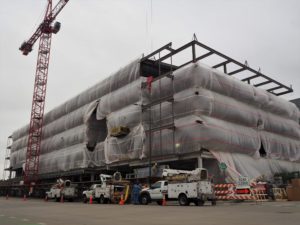 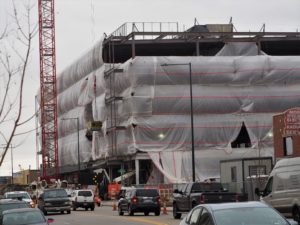 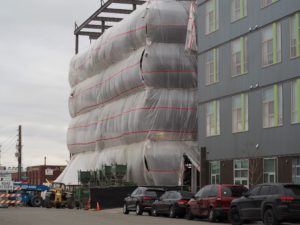 BusinessDen’s Project Snapshot feature provides a visual update on notable developments in the Denver area. We last checked in on Zia Sunnyside.

The five-story office building with ground-floor retail was first announced in 2016. (Photos by Thomas Gounley)

We checked in on construction of the office building along Brighton Boulevard in RiNo.