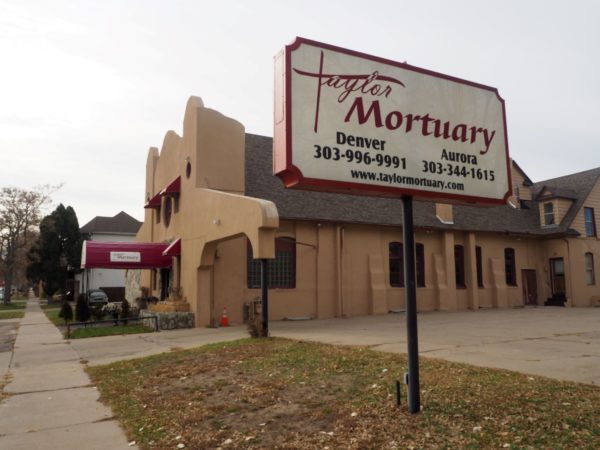 A church-turned-funeral home at the edge of Five Points is facing demolition.

Mile High Early Learning, which operates early childhood day care and educational facilities, is under contract to buy the Taylor Mortuary building at 2531 Ogden St., with plans to demolish the structure, according to a representative.

Mike Harms with real estate advisory firm The Wells Partnership, who is working with Mile High, told BusinessDen the organization wants to replace the funeral home with a two-story building that would house Mile High’s central offices and teacher training facilities.

Harms said Mile High also is looking at potentially building housing for its teachers at the site.

“They want to build something that fits into the community,” he said.

City staff determined this month that the mortuary building has the potential for historic designation, largely due to its use for decades by Denver’s African-American community. Interested parties have until Nov. 25 to ask the city to designate the building a landmark, or to tell the city they plan to do so.

This process gained prominence during the summer during the Tom’s Diner saga, which pitted five residents looking to save the building at 601 E. Colfax Ave. against diner owner Tom Messina, who wants to sell the property to a developer. The residents ultimately withdrew their landmark request in August. 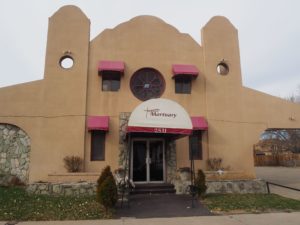 The structure was a church before being converted into a funeral home.

According to a report written up by city staff, the building at 2531 N. Ogden St. dates to approximately 1895. It was originally a church used by multiple congregations through the years, including the African-American congregation at New Hope Baptist Church from 1922 to 1948.

In 1948, Timothy Granberry, a prominent member of the African-American business community, purchased the building and converted it into a mortuary, according to the city report. While the business is now known as Taylor Mortuary, it was owned by the Pipkin family and known as Pipkin Hills or Pipkin Mortuary from 1979 to 2012.

Among those who have had their funerals at the building are Dr. Charles Blackwood Jr., the first African-American to graduate from the University of Colorado Medical School, and Victoria
Buckley, who was the nation’s highest-ranking black Republican woman in a statewide office when she was elected Colorado’s Secretary of State in 1994.

“The building remained an integral part of the community as a space of celebration and mourning through the 1990s,” the city reports reads. “During the 1980s and 1990s, when East Denver was beset by gang violence, many funerals for those harmed in the violence were held at Pipkin.”

In its final years, Pipkin Mortuary weathered multiple scandals. In 2010, the state put the business on probation after it mixed up two bodies, according to Denver Post reporting at the time. Later that year, owner Mark Pipkin was charged with felony theft.

Mile High Early Learning bills itself on its website as “Denver’s oldest and largest provider of subsidized quality early childhood care and education.” Harms noted the organization operates a facility just down the street from the funeral home at 2851 Tremont Place.

“They’re kind of already in the neighborhood,” he said, adding that Mile High’s building could potentially be made available for meetings of outside groups.

The organization’s offices were previously at 1780 Marion St. in Uptown. Mile High sold that site last year for $4.55 million to a developer currently building an apartment complex.

The three parcels that Mile High is under contract to buy along Ogden Street add up to 0.57 acres. The properties are owned by Avalanche Funding LLC.

If Mile High’s request for a certificate of demolition eligibility (previously known as a certificate of non-historic status) is approved, the organization likely will close on the purchase in late December, Harms said. The organization would likely expect to begin redevelopment in early 2021, allowing the mortuary to continue operating for a time before then, he said.

Mile High’s planned use of the property would also require it to be rezoned, Harms said.

The building has the potential for historic designation, largely due to its use for decades by Denver’s African-American community, according to city staff.