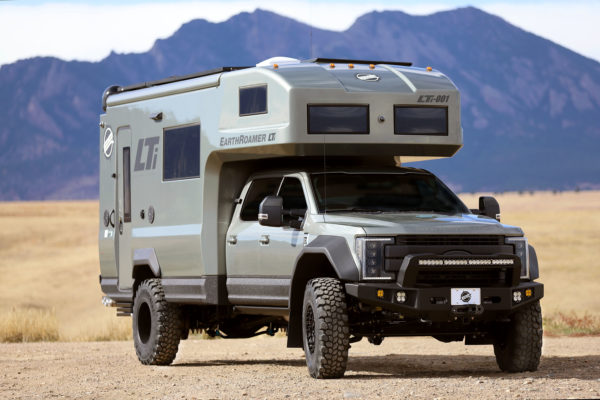 It’s the cheaper of two models, but it’ll still set you back as much as a single-family home.

With 12 orders already, founder and CEO Bill Swails describes the new model as a “Yeti cooler on wheels.”

The “i” in the new model name LTi stands for innovation, according to the company’s website.

“We don’t make changes for the sake of making changes,” reads the website. “We make changes that truly enhance or improve upon the LT’s mission of providing fully self-contained, luxury off-grid living in a robust overland vehicle.”

The new LTi offers a 100-gallon water tank, compared to the 85-gallon tank offered with the LTS. Even with more water capacity, the LTi comes in nearly 1,500 pounds lighter than the previous model due to the light-weight carbon-fiber body, lithium ion batteries and aluminum bumpers.

“We are always looking for ways to improve the efficiency, functionality and quality of our vehicles,” Swails said in an email.

Production of the 2020 LTi begins Friday. A new vehicle is expected to be turned out every two weeks.

EarthRoamer launched its first product, the XV-LT, in 2003. Since then, the company has built 220 vehicles, Swails said, with all the work done in Colorado.

EarthRoamer has been producing about 25 vehicles annually, but Swails said the company is bumping that up to about 30 next year.

I am gonna saving me some money to get one!