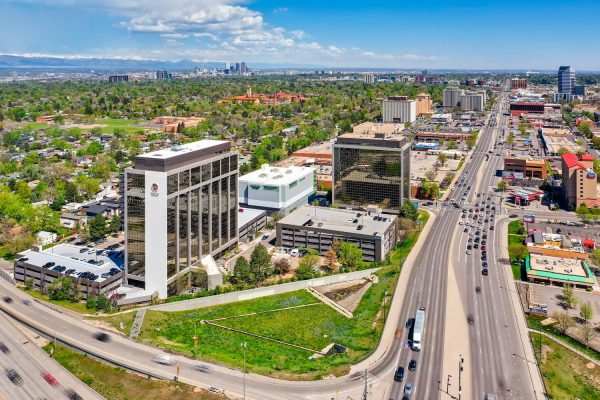 Centerpoint I and II sold this week for a combined $77.5 million. (Submitted photos)

Florida-based TerraCap Management paid $77.5 million combined this week for the 14-story Centerpoint I and 16-story Centerpoint II at 1777 S. Harrison St. in Denver, according to public records. Bank of America provided financing for the deal.

It’s the second local buy in two months for TerraCap, which paid $71.71 million in early September for two 11-story office buildings in the Denver Tech Center. 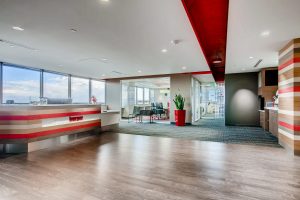 One of the reception areas.

The buildings were sold by Washington-based Schnitzer West and Investcorp, which paid a combined $61.7 million for them in 2016. The companies said in a statement that they made improvements that included renovating the lobbies of both buildings.

Elsewhere in town, Schnitzer West is planning to develop a 12-story office building in RiNo called The Current.

Centerpoint I and II sold this week for a combined $77.5 million. (Submitted photos)

The buyer made a similarly sized purchase in the DTC two months ago.