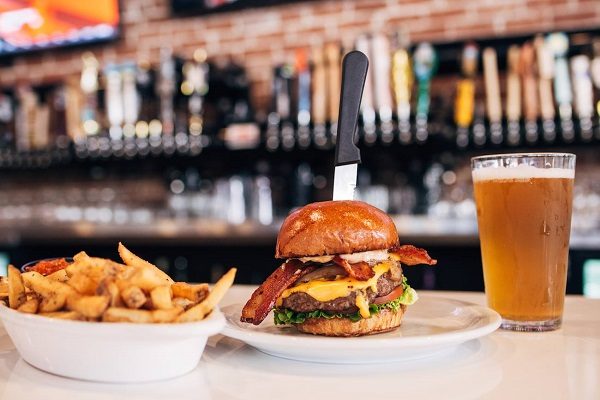 Each Slater’s location has a full bar and an extensive beer program. (Photos courtesy Slate’s 50/50)

Dual-personality burgers are coming to RiNo.

California-based Slater’s 50/50, whose signature burger features a patty made with 50 percent beef and 50 percent ground bacon, will open next year on the ground floor of The Hub at 3601 Walnut St., franchise owner Charlie Murray said Wednesday.

“I wanted to start it in the city, and RiNo is ideal,” Murray told BusinessDen. “It has a really identifiable personality and attitude, and I felt like a Slater’s would fit nicely.” 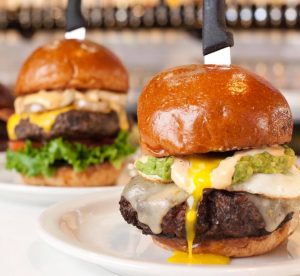 Murray purchased the rights to all Slater’s outposts in the state, and wants to open four to five more in the next few years. He said he thinks the concept would do especially well in Colorado Springs.

The restaurant will take up about 5,200 square feet of the Hub and is expected to open in May. Dave Eldredge, Slater’s marketing director, said Wednesday that the brand is known for its “outrageous recipes with over-the-top portions.”

In addition to the signature 50/50 burger, other offerings include the “Happy Birthday Shake,” which is topped with a Twinkie, a cupcake and lollipops. Restaurants feature full bars with ample craft beer offerings.

“The idea behind Slater’s is that you’re not going there to get a quick bite to eat — it’s all about the experience of dining,” Eldredge said. “We don’t want you to eat our food; we want you to experience our menu.”

Eldredge said that while most of the menu remains the same across locations, the company includes some local touches in each restaurant. 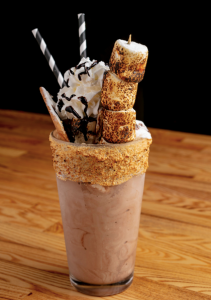 “Each individual Slater’s gets its own logo, and we typically have flexibility with beer offerings where we only feature local breweries,” he said.

Murray became a fan of the brand during work trips to Southern California.

“I ended up stumbling into a Slater’s, and I thought it was fun and awesome,” he said. “Over the next several years, every time I was in SoCal, I’d go there.”

Murray left his longtime career in investments about a year ago and started looking into opening a franchised restaurant. When he saw Slater’s began franchising its concept, he reached out about bringing the brand to his home state.

Scott Slater founded Slater’s 50/50 in 2009 in Anaheim Hills, California. The chain has 11 eateries in California, Nevada, Texas and Hawaii, and its website shows six more coming soon, including the one in RiNo.

The Hub was completed earlier this year by Boston-based Beacon Capital. The eight-story building’s office floors are leased to HomeAdvisor, WeWork and Evercommerce. Other retail tenants include Chase and cycling studio Viv Cycle. A second phase of the project is under construction. 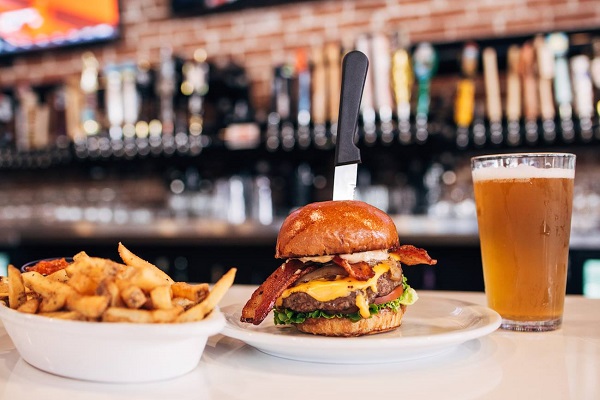 Each Slater’s location has a full bar and an extensive beer program. (Photos courtesy Slate’s 50/50)

Slater’s 50/50 currently has 11 eateries in California, Nevada, Texas and Hawaii.