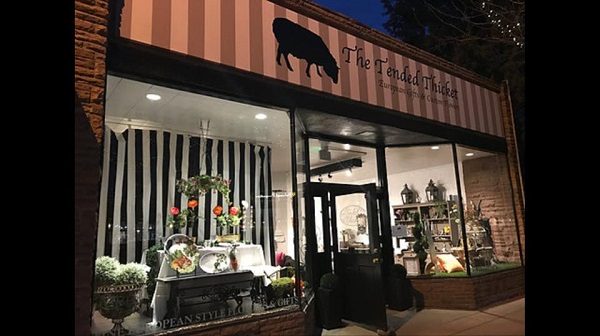 The Tended Thicket is looking for a new forest.

The 45-year-old gift shop at 1034 S. Gaylord St. in Washington Park is due to close next month, as the new owner of its building prepares to renovate and add on to it. Owner Maury Ankrum has been looking for a new space, but success has been elusive.

“We’ve been looking all over Denver, but the hope is to stay in Washington Park,” Ankrum said. “We looked at 22 locations in two weeks, but traffic and parking are the biggest issues. We haven’t found a new home yet, but we’re definitely looking.”

At its current location, the gift shop will begin a 50 percent off sale on Nov. 1 before closing about a week later, Ankrum said.

BusinessDen reported in March that Aaron Grant, who owns Park Coworking at 1040 S. Gaylord St., planned to renovate the neighboring building, which houses The Tended Thicket and an Edward Jones office, into an extension of the coworking space.

Grant, who bought the building in 2017 for $2 million, said in March that renovations would begin in early 2020. He didn’t respond to requests for comment Friday.

The Tended Thicket takes up just under 4,000 square feet of the 5,500-square-foot building, Ankrum said. She bought the business in January 2016 and has five employees.

The gift store first popped up in 1974 in the since-demolished Cosmopolitan Hotel downtown. It moved to its current spot three years later.

“I think we’re the oldest tenants on Gaylord,” Ankrum said.

Inventory that’s left over after its liquidation sale will be donated to a children’s hospital, Ankrum said. If she finds a new space for the gift shop, the business will restock.

“We haven’t found a new home yet, but we’re definitely looking,” said Maury Ankrum, owner of The Tended Thicket.