East Washington Park is about to get its first coworking space.

The space will have 27 individual offices that fit two people, in addition to 24 coworking stations and 16 dedicated desks. There’s also a fitness room with a Peloton bike and a kitchen on every level.

“It’s funny how office design has been inspired by residential design these days,” said Grant, whose firm also does residential projects. “Taking that concept and applying it to the office is what we’ve tried to do.” 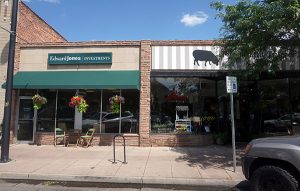 Grant, 40, bought the building in April 2017 for $2.9 million, and estimated he spent $2 million fixing it up. The 8,065-square-foot building has six conference rooms and the only rooftop deck on the street, which Grant said he plans to make available for events.

“Some of the primary concerns I addressed were natural light and sound,” he said, adding that he installed skylights and soundproofing throughout the building.

Grant also owns the adjacent structure, at 1034 and 1032 S. Gaylord St., purchasing it in June 2017 for $2 million, according to records. Grant said renovation of the 5,500 square-foot building, which will become part of Park, will begin in early 2020. There will be retail space along the street, and showers, phone booths and more private offices further back.

Grant said he was skeptical of coworking at first, but visited other such spaces around town and decided it made sense on Gaylord Street. 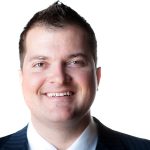 “I decided to buy a couple of buildings along South Gaylord, mainly to locate my offices and dig some deeper roots in this neighborhood,” he said. “I determined that coworking would be the highest and best use.

“People that live over here are typically outdoorsy. They love being around the park … People would like to live where they worked and work where they lived.”

Monthly memberships at Park range from $300 for access to the building’s amenities to $1,500 for a private office, while day passes cost $35. Grant said the space is 65 percent leased so far, and he’s hired three people to help him run the operation.

Park joins a crowded coworking market in Denver. The city now exceeds 1.1 million square feet devoted to coworking, according to a Savills Studley report from the fourth quarter of 2018. One option, Alchemy Creative Workspace, is located on the other side of Washington Park.

Grant said he has been active in the Washington Park neighborhood since 2013, scraping and building 10 new homes, including one purchased by Colorado Avalanche player Tyson Barrie.