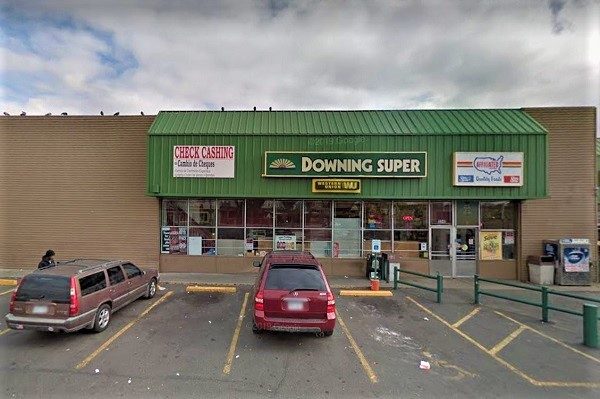 Downing Supermarket has operated for about 45 years. (Google Maps)

The Cole neighborhood is losing one of its few options for groceries.

“The rent is too high, the property taxes increased and there’s direct competition with the Family Dollar right next to us,” Ta said. “It’s been a struggle since the landlord had them come in last year. And now construction down the whole street of Downing — we lost half the area.”

The market has operated for about 45 years, Ta said; he’s owned it for eight. He decided to close it about a month ago. He’s priced inventory at 75 percent off and will close when things go. 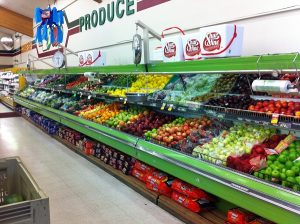 The supermarket employs six people part time, he said. It shares a building with Ho Chinese Kitchen and Econo Liquor in addition to Family Dollar, which unlike Downing Supermarket, does not carry fresh meat and produce.

The closest mid-to-large-size grocery stores are a Natural Grocers about 0.75 miles away on Brighton Boulevard, and a Safeway about 1.3 miles away along 20th Avenue. Other closer options carry a smaller selection of items.

Just north of Downing Supermarket, in the 3600 block of Downing and Marion Streets, Denver-based real estate firms EXDO Properties, Kentro Group and Elevation Development Group plan to build a 30,000-square-foot grocery store and 200 residential units. Rezoning needed for the project was approved earlier this year. But the project isn’t expected to break ground until next year. 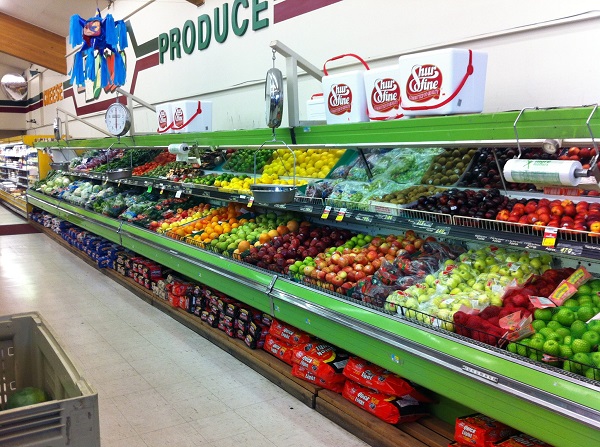 Downing Supermarket has operated for about 45 years. (Google Maps)

“There’s direct competition with the Family Dollar right next to us,” the owner said. “It’s been a struggle since the landlord had them come in last year.”

Thanks, Libby. The real story here would be what the owner of the property had to say and what they are planning for the grocery store space once Downing Supermarket is gone. Can you try to scoop that? Our neighborhood residents are VERY curious. We are in desperate need of a representative, appropriate grocery option in our neighborhood. Thanks!

The real story is in the article. Rising rent.

My name is Kathy and a recent visit to Canada BC they have built grocery and shopping choices in the underground of the living quarters. Very accommodating and also saves space for a maybe more contructive idea of what to do with space.

Yes, Matthew, that is the point of talking to the owner of the property rather than the tenant. It’s obvious why the tenant decided to leave. But go to the source. See my original point. ☝🏽

That works in other US cities, too! DC is a good example of this in practice, where new buildings have grocery stores in the basements and ground floors. I agree, Kathy!

Does anyone know how I can get to the leasing agent?