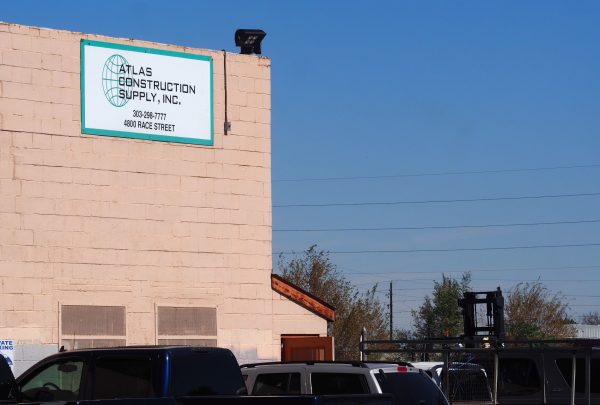 Redevelopment is expected to begin next year on a 6-acre industrial site in Elyria-Swansea owned by the nonprofit Urban Land Conservancy.

It’s the first phase of development planned for the 4800 Race St. and 4800 Vine St. parcels, which ULC paid $5.5 million for in April 2015, according to public records. The site is currently home to Atlas Construction Supply, which will move before construction begins.

The proposed complex would be built on 2.5 acres along 48th Avenue, covering the southeast corner of the site. Right now, it’s a fenced-in area Atlas uses for storage.

Erin Clark, ULC’s vice president of master site development, told BusinessDen Wednesday that Columbia Ventures hopes to close in March on the financing needed to execute a 99-year ground lease with ULC for the site where the complex would be built. The company then likely would break ground in the second quarter.

The plans, drawn up by Shopworks Architecture, call for a four-story project. The first floor along 48th Avenue would have 24,000 square feet of clinic space used by Clinica Tepeyac, a safety net clinic that currently operates in Globeville, with administrative offices in Elyria-Swansea.

Clark said Clinica Tepeyac was chosen after ULC put out a call for a community-serving anchor tenant. The larger space will allow the clinic to add a pharmacy and begin offering dental work, she said.

The first floor also would have 7,000 square feet of retail space.

“We’d like to get a fresh food market,” Clark said, noting the dearth of local options for healthy groceries.

“The affordability levels in phase one are unprecedented,” Clark said, adding that the project will achieve them without using HUD vouchers.

The land will be placed in ULC’s community land trust, meaning the income-restricted nature of the units will correspond to a 99-year renewable ground lease. ULC is doing the same with a 66-unit project being built in RiNo by development partner Medici Consulting Group.

As for the rest of the 6 acres in Elyria-Swansea, ULC plans to sell the land to Columbia, with one primary condition. Ultimately, 51 percent of housing units built on the site — including the four-story project — must be affordable to those earning up to 80 percent of area median income.

Clark said that portion of the site likely will include a mix of office, retail and residential space.

Columbia has not previously developed in Denver. ULC selected the firm after previous plans to partner with Denver-based Zocalo Community Development fell through.

In addition to building Walnut Street Lofts in RiNo with Medici, ULC also plans to redevelop a vacant auto body shop along 6th Avenue in Lincoln Park. The firm recently sold a property in RiNo to Denver-based McWhinney after the firm agreed to incorporate a higher-than-required number of income-restricted units.

The proposed four-story complex is the first phase of development planned for a 6-acre industrial site nonprofit ULC bought in 2015.