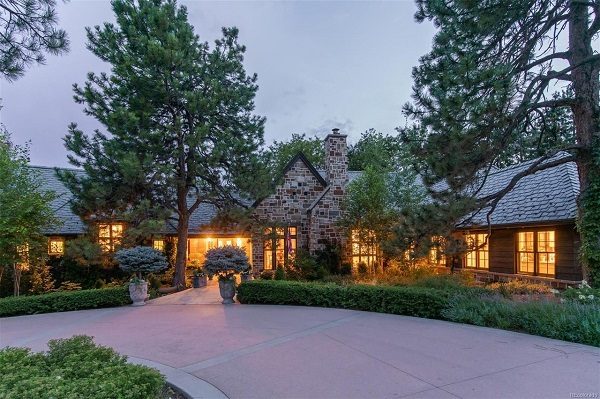 A couple whose Santa Fe dwelling once was featured by The Wall Street Journal is now looking to unload a home they own in Cherry Hills Village.

Thomas and Martha Dillenberg have listed their 2.25-acre property at 4101 S. Colorado Blvd. for sale at $6.88 million.

The couple purchased the home in 2015 for $4.12 million, the same year The Wall Street Journal featured the Dillenbergs’ New Mexico home that they had just listed at $3.92 million. The newspaper reported that the couple listed the home because “life events and family are pulling them towards Colorado, where Ms. Dillenberg lived prior to Santa Fe.” 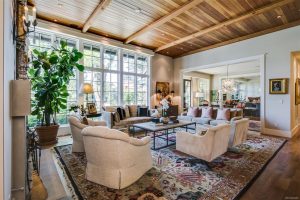 The mansion boasts 10- to 12-foot ceilings throughout.

Martha married Thomas Dillenberg, a retired commercial real estate executive, in 2006 after meeting at a Santa Fe youth development foundation board meeting, according to the Journal.

The Dillenbergs’ Santa Fe dwelling was an adobe home, parts of which dated to 1683, featuring architectural elements from a dilapidated Spanish mission church. The Dillenbergs had begun work on a simple kitchen remodel in 2008 before realizing the home needed more work, ultimately pouring nearly $3 million into the structure.

The Cherry Hills Village home they bought in 2015 doesn’t have quite the same historical elements, having been built in 2014. BusinessDen previously reported that Diamond Homes built the home for a client, who subsequently listed it for sale and sold it to the Dillenbergs. 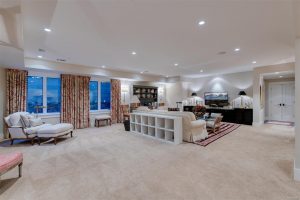 The finished basement holds one of the home’s five ensuite bedrooms.

The finer things: The one-story stone mansion features a greystone slate foyer, wide-planked walnut floors, 10- to 12-foot ceilings throughout, and a gourmet kitchen complete with soapstone countertops and custom cabinetry. Gas fireplaces can be found in the living and family rooms, and the finished basement holds one of the home’s five ensuite bedrooms.

The property also has a four-stall barn and a three-car garage.

Seller: Thomas and Martha Dillenberg, who purchased the estate in 2015 for $4.12 million, according to Arapahoe County records. 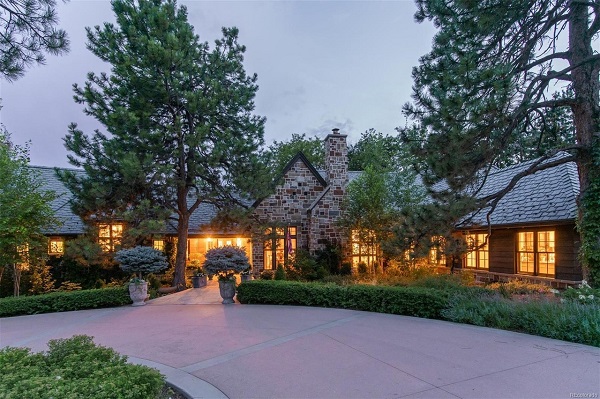 The Wall Street Journal covered the couple’s decision to sell their New Mexico home in 2015.