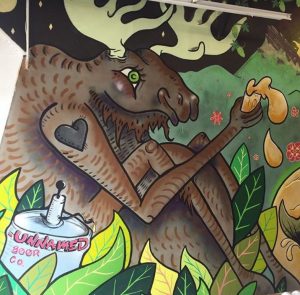 The owners are bringing in local artists to deck out their space. (Photos courtesy Unnamed Brewery)

A new brewery coming to Boulder wants to pay homage to the “unnamed artists” of the world.

Unnamed Beer Co. will begin pouring at 2907 55th St. in Boulder on Aug. 22, according to co-owner Erik Jensen.

“It’ll be a place for artists and creative people,” Jensen said. “There are a lot of great breweries in the area, but we wanted to be different and provide a forum for people to share and enjoy each other’s company.”

The brewery has built its theme around street art, Jensen said. The ownership team, led by Boulder couple Jessie and Chris Pierick, is bringing in local artists to add paint murals, and plans to add local art exhibits and live shows to its business model down the line.

“We’re really doubling down on the creative aspect within the space,” Jensen said. “Most of the people out there making the world work aren’t people whose names are necessarily known. We wanted to give these ‘unnamed’ creatives and artists a place to gather and spend time with each other.”

The brewery took over the 980-square-foot space at the corner of 55th Street and Pearl Parkway in Boulder about a year ago. Jessica Cashmore of Boulder-based Colorado Group represented the business in lease negotiations. 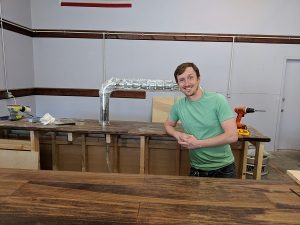 Co-founder Chris Pierick at the brewery.

About half the space will be devoted to its brewing operations, with the other half a taproom, Jensen said. The team chose a place “off the beaten path” to save a bit on rent, which Jensen said is around $1,500 a month.

Jensen, a childhood friend of the Piericks, is handling the business’s marketing from his home base in Utah. The Piericks moved to Boulder from North Carolina about three years ago, Jensen said.

Jessie Pierick is the brewery’s primary owner and head brewer. Chris serves as assistant brewer and handles anything tech-related. The Piericks both come from chemistry backgrounds, but Chris now works as a software engineer for Google. The brewery is Jessie’s full-time job. 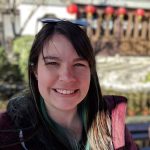 The Piericks are longtime homebrewers. They hadn’t always planned to open a brewery.

“They didn’t move to Boulder with that intention, but Colorado and Boulder itself has a culture where breweries and beer are really well-accepted,” Jensen said. “The city gave them the resources, connections and community to make that decision.”

The team has been able to bootstrap the whole operation, Jensen said.

“Our goal is to open the taproom and build a great community,” he said. “Our goal isn’t to grow it, which isn’t attractive from an investment perspective.”

The goal is to have three taps available for the soft opening on Aug. 22, and eventually expand to seven. 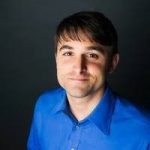 Jensen said Unnamed plans to look into food truck partnerships and hire employees after a few months. For now, the Piericks will run the brewery by themselves.

Unnamed will be joining a list of 21 active breweries in Boulder, according to Colorado Brewery List, though it will have no competition within a half-mile. The breweries nearest to Unnamed are Upslope Brewing Co. at 1898 S. Flatiron Court and Stein Brewing Co. at 2516 49th St., with both less than a mile away.

So far this year, Boulder has lost only one brewery, when Fate Brewing Co. closed this summer. Fate, which had operated a brewpub at 1600 38th St. since 2013, applied for Chapter 11 bankruptcy protection last year.

The owners are bringing in local artists to deck out their space. (Photos courtesy Unnamed Brewery)

The 980-square-foot taproom and production space is street art-themed.