The showdown over the future of sites such as Tom’s Diner might soon unfold differently.

The City of Denver is considering a number of changes to its landmark designation ordinance, including requiring a meeting mediated by a third party in the case of owner-opposed or so-called hostile landmark applications, like the one currently being considered for the diner building at 601 E. Colfax Ave.

Currently, if a property owner files for demolition and city staff determines the site is potentially historic, it kicks off a 28-day window during which at least three co-applicants can apply for landmark designation for the property. While the applicants must complete a report and pay an $875 fee, they are not required to communicate with the property owner.

Denver City Planner Kara Hahn told a City Council committee Tuesday that the city is looking to change that process.

Under the proposed new process, if three individuals express an interest in submitting a landmark designation application following the city finding, the 28-day window would extend to 60 days. And at least one of the potential applicants would have to meet with the property owner and city staff, under the eye of a facilitator contracted by the city.

The applicants would be allowed only to formally apply for landmark designation after the meeting, and the hope is that the forced dialogue might make that step unnecessary.

“The 60-day pause is to encourage the facilitation of community engagement and see if there’s a way to find a creative solution,” Hahn told the committee.

Hahn noted that there are numerous examples around Denver of developments that incorporated older existing structures to some degree.

“This is a way to sort of creatively lean into something that we already do pretty well, which is trying to find an additional use for a building and take it out of the binary demolition or designation process,” she said.

The proposal is one of a number of changes the city is proposing to the landmark process. Another is adding several cultural criteria that can qualify a building as a landmark; currently, structures can be designated only on historical, geographical or architectural grounds.

The changes were recommended by a 16-member task force convened by the city, which met for approximately 18 months.

The proposed change to the process for owner-opposed landmark applications comes amidst a recent spate of them. Since May, individuals have requested landmark status against the property owner’s wishes for Tom’s Diner, a funeral home in Berkeley and a home in Park Hill. 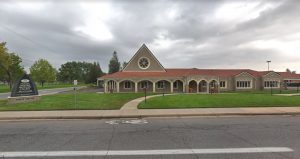 The Tom’s Diner application is set to be voted on by council later this month. The funeral home application has yet to be considered. And a city commission rejected the application for the Park Hill home last month.

In the case of Tom’s Diner, the applicants did meet with property owner Tom Messina, but only after applying for landmark designation.

The council committee did not vote on the measure Tuesday but is expected to do so next month.

The meeting, which would be mediated by a third party, is one of a number of proposed changes to the city’s landmark designation ordinance.

Good to hear the City is considering alternatives to the “binary demolition or designation process” and encouraging open communication amongst the parties involved. Property rights should be protected. A 60 day review process feels long though and will have the potential to create additional challenges for the people involved.