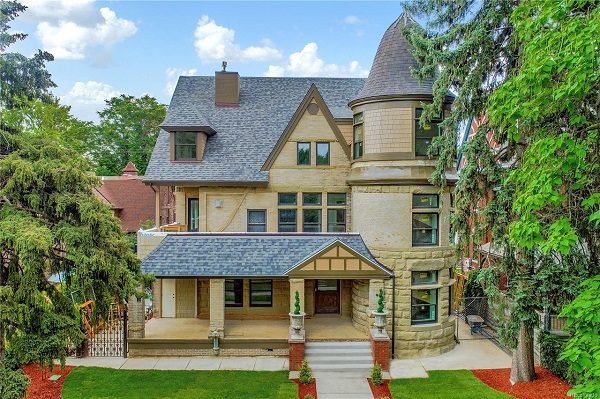 A 126-year-old City Park West home that recently hit the market boasts a pretty significant former owner — the Lord of the Universe.

At least, that’s what Guru Maharaj Ji, better known as Prem Rawat, preferred to be called by followers of the Indian religious order Divine Light Mission, which used 1560 Race St. as its U.S. headquarters during the 1970s.

Now, the 19th-century mansion is listed for $3.5 million.

Divine Light Mission was founded by Rawat’s father in the 1960s, but when his father died in 1966, then 8-year-old Rawat took over as leader and brought the charismatic religious sect to the U.S.

He was 14 when he established the Denver headquarters in 1971.

“When the religious outfit owned it, they would go out on the front lawn and do their prayers,” said listing agent Illona Gerlock.

Divine Light Mission sold the house in 1976, according to records.

Gerlock said the home’s latest inhabitant was a hoarder. Numerous space heaters caused a 2014 fire that burned much the home’s top floor, she said.

As such, the home has been repaired and renovated, which Gerlock said was “quite the process” given its landmark designation. It’s sat empty since the 2014 fire as its repairs moved through the landmark committee. 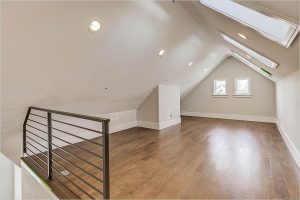 The home can either be sold as a whole, or as three individual units, the biggest of which has a loft (pictured above).

Gerlock is marketing the whole 8,900-square-foot house for $3.5 million, though she said it could be broken up into three separate units. She’s also listed the largest unit — a three bed, 2½ bath space totaling 2,500 square feet — for $1.29 million. She hasn’t yet listed the two remaining units for sale.

If she can find a buyer for the individual unit first, she said she’d take the whole house off the market and have the parcels divided up.

“I think the motivation for the right person will be to take the entire building, because as of now it’s still one parcel,” Gerlock said. “If you bought the building, you could Airbnb out the other two units. But I’ve got an attorney ready to turn the building into condos if needed.”

Each unit has been completely remodeled, with its own entrance, kitchen and laundry room, Gerlock said.

The finer things: The home is part of the Wyman Historic District in City Park West, and is next door to the Castle Marne Bed & Breakfast building, which was listed for sale in February.

A fire in 2014 forced renovations on the house, which has been updated with new windows, red oak heated hardwood floors, LED lighting, Alder doors and vaulted ceilings. 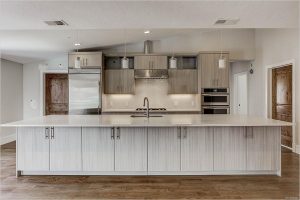 Each unit includes its own kitchen.

Each unit now includes its own kitchen with quartz-topped islands, stainless steel appliances and custom cabinetry. The biggest unit also includes an upper loft, and each unit has separate water, sewer, electric and gas.

An elevator has been added for additional access to two of the units, which also can be reached by climbing the spiral staircase inside the home’s turret.

Architect: William Lang, an architect who was active in Denver in the late 19th century. Lang was responsible for a number of homes now on the National Register of Historic Places, including Castle Marne and the Molly Brown House. 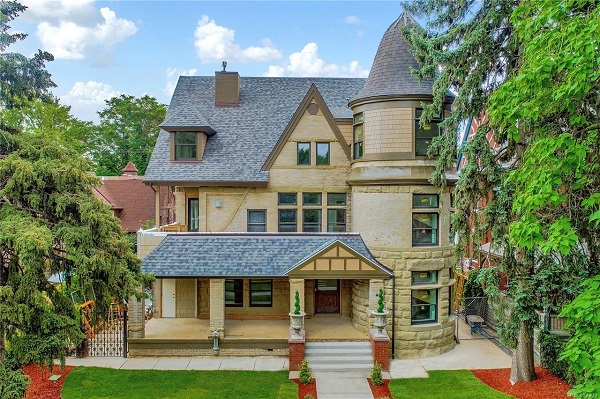 The Indian religious order Divine Light Mission once used the house as its U.S. headquarters.