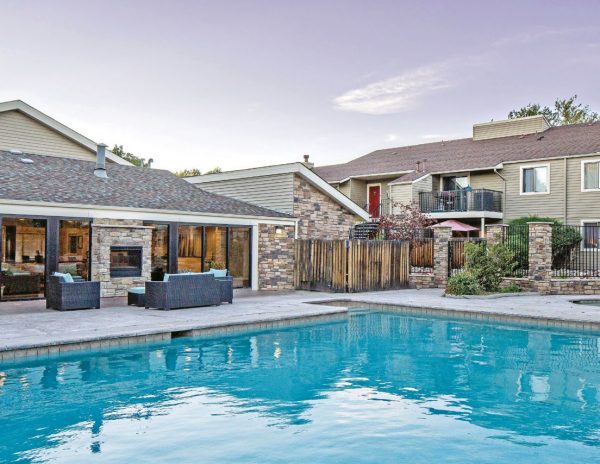 An Aurora apartment complex has sold for 62 percent more than the seller paid for it in late 2015.

Denver-based BMC Investments and California-based Oak Coast Properties, which purchased the complex in October 2015 for $65 million, sold it.

The latest deal works out to $180,736 a unit. Brokers Jordan Robbins, Anna Stevens, Mackenzie Nelson and Christopher White with JLL (previously HFF, prior to the firm’s acquisition) represented the seller.

BMC CEO Matt Joblon told BusinessDen that the company hadn’t been looking to sell the property, but decided to put it on the market it after receiving unsolicited offers. He said the firm did about $2 million to $3 million in renovations — “our strategy has always been blowing out the amenities,” he said — and that occupancy was always very strong.

“I don’t think that place ever dropped below 97 percent,” he said.

Liberty Creek is the second complex that BMC and Oak Coast have sold to Bridge in the last month. The Artisan Townhomes & Apartments at 10025 E. Girard Ave. in southeast Denver sold for $77.3 million earlier in July.

Joblon said selling both properties to the same buyer hadn’t been a specific goal. The complexes were marketed by separate broker teams.

BMC and Oak Coast also have been buyers this year. They paid $177 million for three apartment complexes in unincorporated Arapahoe County in March.

It’s the second sale in a month by BMC Investments and Oak Coast Properties, both to the same buyer.