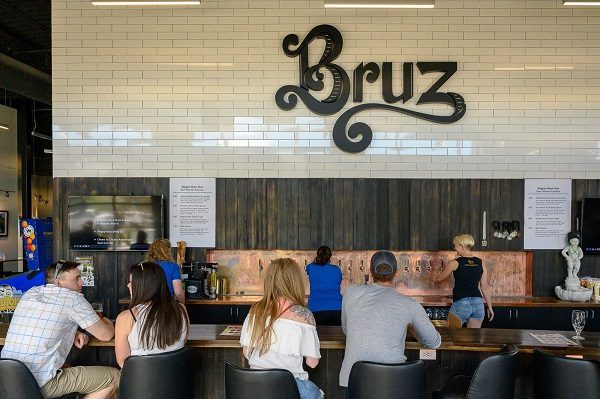 The Belgian-beer-only brewery, which currently operates a production space and taproom off Pecos Street and 67th in unincorporated Adams County, will open a rendition on East Colfax by year-end.

“This (new) location came about because of demand,” said co-founder Ryan Evans. “People were driving an hour to get to our tasting room up north. Now, instead of seeing those customers once a month, we’ll see them several times.”

Bruz will take up 1,500 square feet in a 1930s-era building at 1495 York St., and will feature a two-level bar, 20 beer taps and a retail space to buy to-go crowlers of Bruz Beer. A large back patio will feature extra seating, kept warm in the winter by a fire pit.

A rendering of the new location on East Colfax. Click to enlarge.

“If you go up and down East Colfax, some places have patios, but they’re so loud with all the hustle and bustle,” Evans said. “Ours is just steps away from Colfax but it’s nice and quiet. We have pretty fun plans for the greenery and lighting and different seating.”

Evans said a second location had always been in the plans for he and co-founder Charlie Gottenkieny. The brewery just celebrated its third birthday by upgrading its brewing system, housed with its original taproom at 1675 W. 67th Ave., from a four-barrel system to a 15-barrel one, making a taproom-only outpost more feasible. 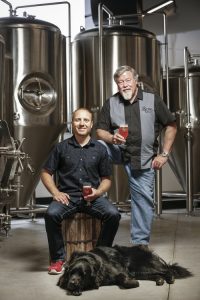 “It’s going to have a different look and feel, being on East Colfax,” said co-founder Ryan Evans. “We’re going to incorporate more of the city vibe into the brand, and we’ll see some of the history of the building brought out.”

The new location will mirror its original in offering house-made root beer and kombucha on tap in addition to its selection of Belgian beer, and the new location also will offer concoctions specific to East Colfax.

What will be missing, though, will be the food trucks often parked outside Bruz’s Midtown site.

“We have some stellar food offerings within a block or two of the new tasting room,” Evans said. “There’s pizza, tacos, Illegal Pete’s — the food can speak for itself. We just wanted to bring our Belgian-only beer to the neighborhood.” 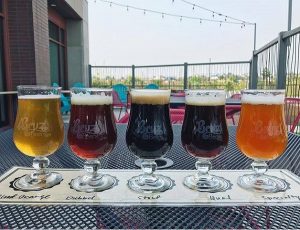 On East Colfax, Bruz will be about midway between Alpine Dog Brewing Co. of Ogden Street and Cerebral Brewing off Monroe.

Bruz also is running a pop-up beer garden at the Denver Premium Outlets in Thornton every Saturday and Sunday through Labor Day. Evans said Bruz also pours its beer at the outlet mall every other Friday for a food truck carnival. 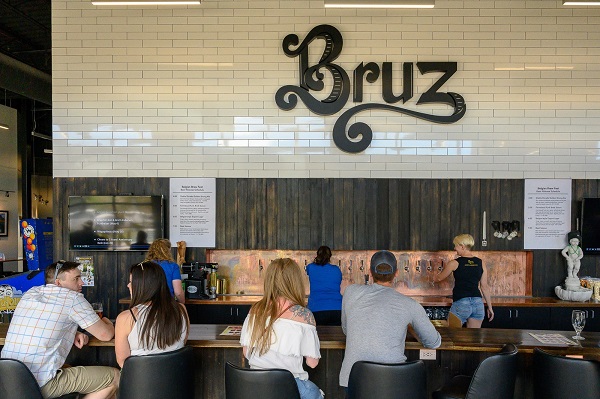 “People were driving an hour to get to our tasting room up north,” co-founder Ryan Evans said.

Are you certain the 1495 York Street address is correct?
The acupuncture site is 1441 York, is this on the upper floors?