Fresh off a $1 billion valuation, hospitality startup Sonder is set to expand its Denver presence.

The San Francisco-based company, which began renting rooms in Uptown this year, expects to begin operating at three new locations later this year, and also has agreed to take space in two developments that have yet to break ground, according to Denver General Manager Kevin Roth.

Roth told BusinessDen that, within the next couple months, the company will begin renting out 32 units at 2450 S. University Blvd. near the University of Denver. The units comprise a half floor within the larger Atelier at University Park complex, completed last year by New York-based Tessler Developments. 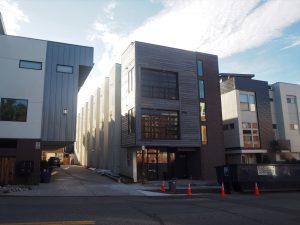 The 20 units that Sonder will rent out at 3022 Zuni St. in Denver will all be microunits. (Thomas Gounley)

Sonder is one of several companies operating at the three-way intersection of hotels, Airbnbs and apartments.

It and competitors New York-based Mint House, Austin, Texas-based The Guild and Spokane, Washington-based Stay Alfred sign leases for blocks of residential units that otherwise likely would have been rented out as apartments, then rent those units to travelers on a short-term basis.

The units resemble Airbnbs in that they have things like a full kitchen, but the fact that Sonder leases a block of them means it applies for the same type of license a traditional hotel gets, not a short-term rental license, which in Denver is only issued to those renting out their “primary residence.” (The Denver District Attorney recently began charging individuals it suspects of violating the primary residence requirement with a felony.)

At the same time, Sonder’s units lack some of the amenities offered by a full-service hotel.

Sonder is led by 26-year-old CEO Francis Davidson, who founded the company in 2012 at age 19. This month, the company disclosed that it had raised $225 million at a valuation of more than $1 billion.

A spokeswoman for the company said Sonder has 8,500 units globally that are already open or in the works.

The company’s has one operating Denver property; the 19-unit The Essex at 630 E. 16th Ave. in Uptown opened in April. Like other Sonder properties, guests can book stays through websites such as Airbnb and Expedia, as well as Sonder’s own.

Roth said occupancy at the property has been approximately 90 percent. 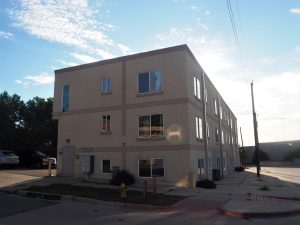 Sonder expects to rent out 20 units at 3206 Osage St. in Denver later this year. (Thomas Gounley)

The three additional properties expected to begin operating by year-end will bring Sonder to 91 Denver units, although Roth said the company is negotiating for more units that could open before January.

Roth also said Sonder has agreed to take 93 units in the complex slated to be built at the former La Loma restaurant site in Jefferson Park. Like Atelier at University Park, the project is being developed by New York-based Tessler Developments. Tessler previously told BusinessDen that construction, which has yet to begin, could take 28 months.

Roth said Sonder also has agreed to take 21 units at 2511 17th St. Records show an early-stage development proposal for a five-story building at the site was submitted to the city in April.

In addition to its lodging properties, Sonder also has an office in a former mall in Thornton that Roth said employs about 220, mostly in customer service.

Sonder competitor Stay Alfred has units in four apartment complexes in LoHi, Riverfront Park, Ballpark and RiNo, according to its website. Mint House has 20 units in a complex right by Union Station. And The Guild has signaled it plans to enter the market with a complex in Riverfront Park. 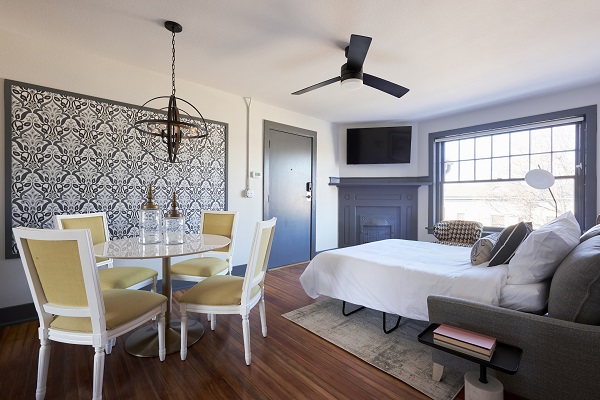 The company is one of several operating at the three-way intersection of hotels, Airbnbs and apartments.