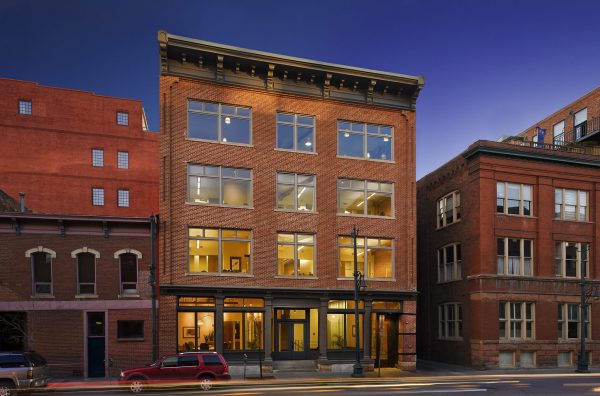 A four-story office building in LoDo has changed hands.

The structure, which dates to 1890 and is approximately 24,000 square feet, is commonly known as the Rock Island Building. The name stems not from the railroad that once served the region but rather after the Rock Island nightclub, which operated in the building’s lower levels for 20 years, closing in 2006.

The property was sold by Denver-based St. Charles Town Co., which purchased it for $2.85 million in December 2006, according to records. The previous owner had operated the nightclub and was looking to sell. St. Charles already owned the structure next door at 1600 15th St., which it still holds today.

St. Charles founder and President Charlie Woolley said that, after purchasing the structure, his firm undertook a “top to bottom and structural renovation,” which included replacing all the windows, adding structural reinforcements and installing new elevators.

Woolley said his budget for buying and renovating the building was about $7.5 million.

“Back then, it was a lot,” he said. “Today’s dollars? Nah. It’s so expensive to do renovation work today.”

The building, which in addition to the upper four floors also has office space in a basement, is fully leased. Tenants include L&E Research, JourneyApps and public relations firm Turner.

Urban Villages spent $7.4 million this month on three office buildings in the Golden Triangle. The firm also is partnering with Larimer Square owner Jeff Hermanson on his plans to redevelop no-historic portions of the prominent downtown block.

The 15th Street structure is commonly known as the Rock Island Building, after a nightclub that once operated within it.

I have sold a fair number of buildings in my life and none more important to me than Rock Island – Charlie was the very best possible steward of this lovely property and I look forward to Jeff also being a great owner of this historical…and hysterical building.