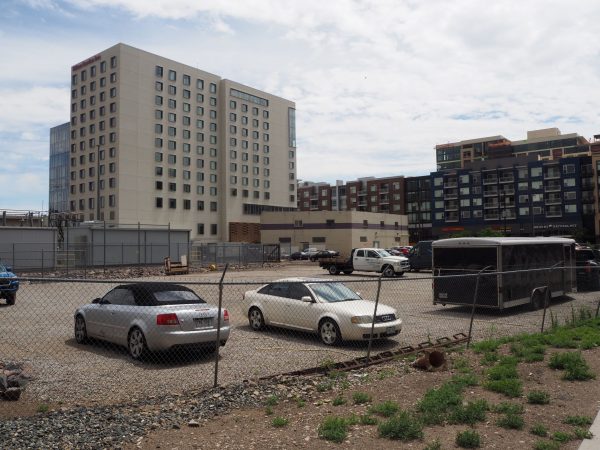 A development site behind Union Station has sold, and the new owner is looking to go big with small units — as well as dip a toe into co-living.

Denver-based Pando Holdings purchased 2039 19th St. in late June for $6.25 million, according to county records. The undeveloped site is 0.37 acres, making the deal worth $388 a square foot.

Wilson said the proposed project amounts to an “evolution” of The Economist, a project Pando completed last year at 1578 N. Humboldt St. in City Park West. It features 97 units, 89 of which are studios, and no parking. Wilson said The Economist is about 70 percent leased, with studios going for just under $1,200.

The proposed Union Station building would have 201 units, approximately 185 of which would be studios (sometimes called microunits), sizing up at around 425 square feet. The remaining units would be four bedrooms and furnished. Pando plans to rent them by the bedroom, a concept typically called “co-living” that has taken hold in larger markets.

“We think the younger employees and workers, they’re spending more time in the office … and less time holed up in their apartments,” Wilson said.

Wilson also said the building’s amenities would give tenants “a place to be part of that community and get out of their apartments.”

The project would have 15 parking spaces. 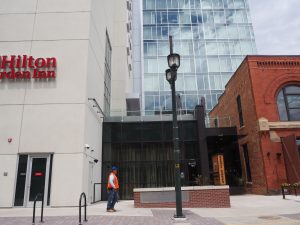 “We’re trying to de-couple housing with parking, and not let parking so much drive our projects,” Wilson said.

Denver already has several studio-heavy projects, including McWhinney’s Ride in RiNo and Pando’s Economist, but none have as many units as the latest proposal. Co-living hasn’t quite hit the market yet, although New York-based Property Markets Group is currently building its X Denver project a short distance away in Union Station North.

Wilson said Pando hopes to break ground on the project sometime next year. Completion is likely at least 2 1/2 years away.

Elsewhere in Denver, Pando is constructing a 37-unit apartment building at 135 Adams St. in Cherry Creek, renovating a former VFW post in Overland and working on plans for a site at the corner of Colfax Avenue and Franklin Street.

The Union Station property was sold by Denver-based Focus Property Group, which recently completed the Hilton Garden Inn on the same block. Focus still owns a parking lot at the corner of 19th and Chestnut, next to the site purchased by Pando, as well as a two-story building next to the hotel, which has a “for-lease” sign on it.

Chris Cowan of Newmark Knight Frank represented Focus in the sale to Pando.

Denver-based developer Pando Holdings wants to bring studios to the neighborhood, as well as dip its toe into co-living.