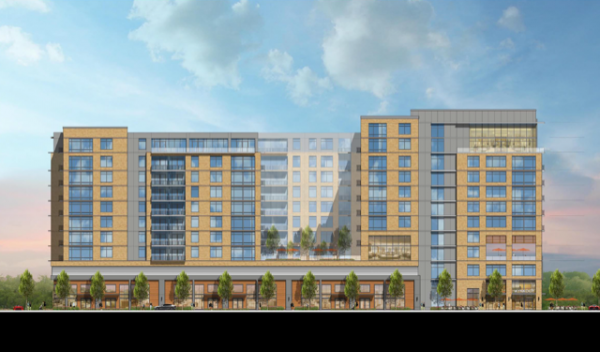 A rendering of the 392-unit apartment complex that Hines and Cresset plan to build. (Cresset Capital Management)

Westfield has sold a portion of its North Wynkoop site in RiNo to another developer.

Avy Stein, founder of Chicago-based Cresset, said Thursday that the companies plan to demolish the existing industrial building and build a 10-story apartment building on the site, with 392 units and approximately 15,000 square feet of retail space. He said work is expected to begin later this year or next, and that construction likely would take 30 months. 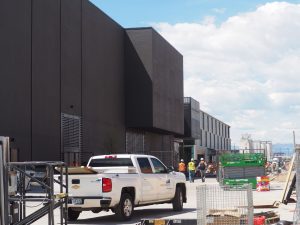 Within the North Wynkoop site, Denver-based Westfield currently is building the Mission Ballroom concert venue, as well as a three-story building with office and retail space just south of it, set back from Brighton Boulevard. Mission Ballroom is slated to open in August with a Lumineers concert.

Westfield executives did not respond to requests for comment Thursday. The sale of the site reflects a changed vision for the company’s North Wynkoop project. Last year, Westfield said it planned to convert the existing industrial building along Brighton into a mix of office and retail space dubbed Market Hall, and eventually build on top of it. 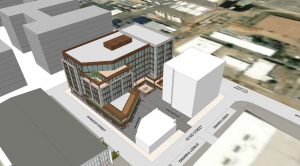 A rendering of another seven-story building Westfield wants to build at North Wynkoop. (Public Records)

Plans originally called for affordable housing developed in collaboration with a real estate nonprofit called Artspace, but that component of the project has been abandoned, as detailed this spring by Westword.

Westfield still plans to do more development itself at the site. Earlier this week, the company submitted an early-stage proposal to the city for the site just south of the lot purchased by Hines and Cresset, along Brighton, showing a seven-story building on a portion of the site.

A rendering of the 392-unit apartment complex that Hines and Cresset plan to build. (Cresset Capital Management)

The sale of the site reflects a changed vision for Westfield’s North Wynkoop project.