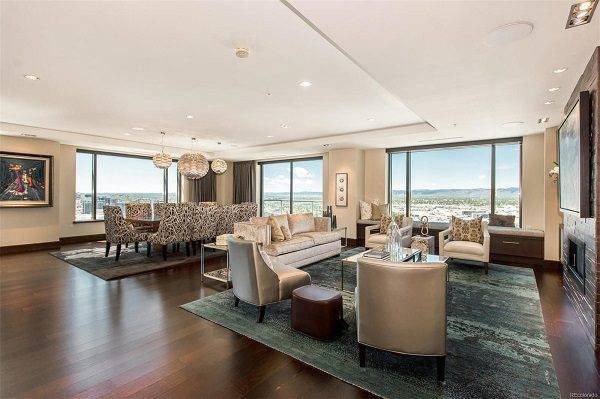 The unit, located on the 23rd floor of the Four Seasons building, hit the market this week at $2 million.

Records show that Curtis and his wife Yecenia purchased the residence in 2017 for $1.67 million. They live primarily in Austin, Texas, and have owned a few high-profile homes through the years.

In sales records for the Denver condo, Curtis listed an Austin address, which is the site of a 13,600-square-foot Moorish-style mansion, dubbed online “The Castle in the Woods.” 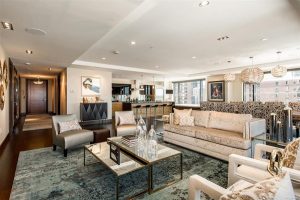 Professional race car driver and entrepreneur Bret Curtis and his wife purchased the condo in 2017.

Curtis also made news in 2013 when he purchased Lance Armstrong’s modernist Austin home, shortly after the disgraced cyclist’s fall from grace in 2012. Armstrong owned the home for just six weeks.

The Curtises still own “The Castle in the Woods,” according to Texas property records, but sold Armstrong’s former home.

The Denver listing markets the unit as “the most desirable corner of the exclusive Four Seasons Residences.” Listing agent Patti Maurer Williams said that the two-bed, three-bath unit is on the southwest side of the building, which has unobstructed mountain views.

“It’s the only corner that has those views guaranteed,” Williams said. She added that because of the unit’s open floor plan, its mountain views are visible from anywhere in the residence.

“Living at the Four Seasons is all about the lifestyle,” she said. “If you want five-star, top-rated service with people going out of their way to serve you, it’s the place to be.” 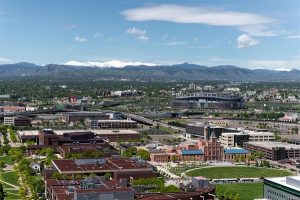 The unit is on the southwest side of the building, which has unobstructed mountain views.

The 45-story Four Seasons building is Denver’s tallest residential building and fourth-tallest structure overall. Residents of the building have access to the hotel’s amenities, which include a spa, swimming pool, fitness center and resident-only house car, according to the listing.

Asking prices for current listings at the Four Seasons are topped by its west-facing penthouse, which has been on the market since 2017, asking $13 million. This year, the building’s east-facing penthouse sold for its asking price of $10.75 million.

Curtis, a Pennsylvania native, began racing in 2009. An online news site for auto racing reports that Curtis has entered 95 races since his career began, winning six.

Stats: The 2,500-square-foot condo is on the 23rd floor of the Four Seasons building downtown, according to the listing. It has two bedrooms and three bathrooms, and comes with two parking spaces.

Seller: Bret and Yecenia Curtis, who purchased the property in 2017 for $1.67 million, according to public records. 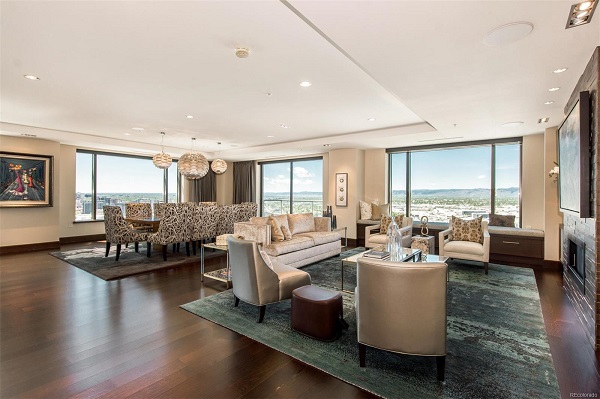 Bret Curtis, who once purchased a house from Lance Armstrong, is asking $2 million.