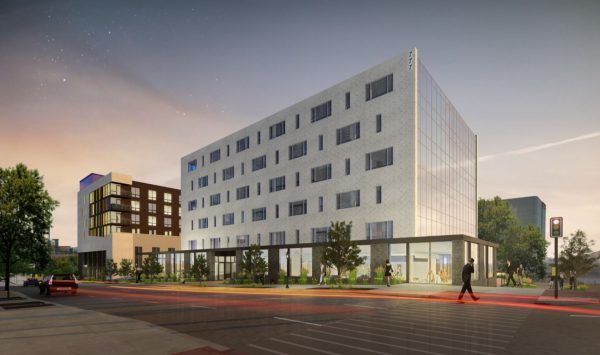 A rendering showing the renovated 777 Grant St. office building, with the proposed apartment building to the south. (LCP Development)

The real estate firm that last year purchased the Denver Housing Authority’s headquarters building in Capitol Hill wants to develop the parking lot to the south of it.

Denver-based LCP Development paid $9 million in November for the 777 Grant St. property, which includes the six-story building that DHA soon will vacate and a surface parking lot with four rows for cars.

LCP previously disclosed that it plans to renovate the office building and add ground-floor retail space. Last week, it submitted a site-development plan to the city, indicating it also wants to build a seven-story apartment building on the parking lot.

“We really liked the diversification, from a financial standpoint and a risk standpoint,” LCP Principal Jonathan Bush said Wednesday.

The complex would have 68 residential units, according to the plans, which still need city approval. Bush said they all would be studios, coming in under 500 square feet. Rent is expected to be less than $1,500 a month.

“In the last two apartment projects we did, we saw higher demand in that size range,” Bush said.

The apartment building will incorporate parking, so “we’ll be able to keep the same parking count for the office,” Bush said.

The DHA, which develops and operates income-restricted housing units around the city, plans to leave the office building for one it’s currently constructing in the 1000 block of Osage Street, in Lincoln Park. Bush said he expects the organization to be out by the end of July, leaving the building vacant.

Once that happens, LCP will embark on a “pretty heavy renovation,” Bush said. Renovations will include expanding the small windows on the east and west sides of the structure, adding a fitness center and incorporating retail space on the ground floor. That work is expected to be completed by the second quarter next year.

As of now, no tenants have committed to the office building, Bush said. Brokers Ana Sandomire, Todd Snyder and Kiley Crews of NAI Shames Makovsky are marketing the office space. Cory Dulberg, also with the firm, is marketing the retail space.

LCP hopes to break ground on the planned apartment building in the third or fourth quarter of this year, and finish work in the first quarter of 2021.

Open Studio Architecture designed the office renovations, while Humphries Poli Architects drew up plans for the apartment building. Brinkman Construction is the general contractor on both projects.

LCP is currently transforming a former King Soopers in Edgewater into a food hall-anchored retail center. The company also plans to build an eight-story apartment building at 2065 S. Cherokee St., in Overland. Bush said demolition of that site is complete, and the company hopes to begin construction in about a month. 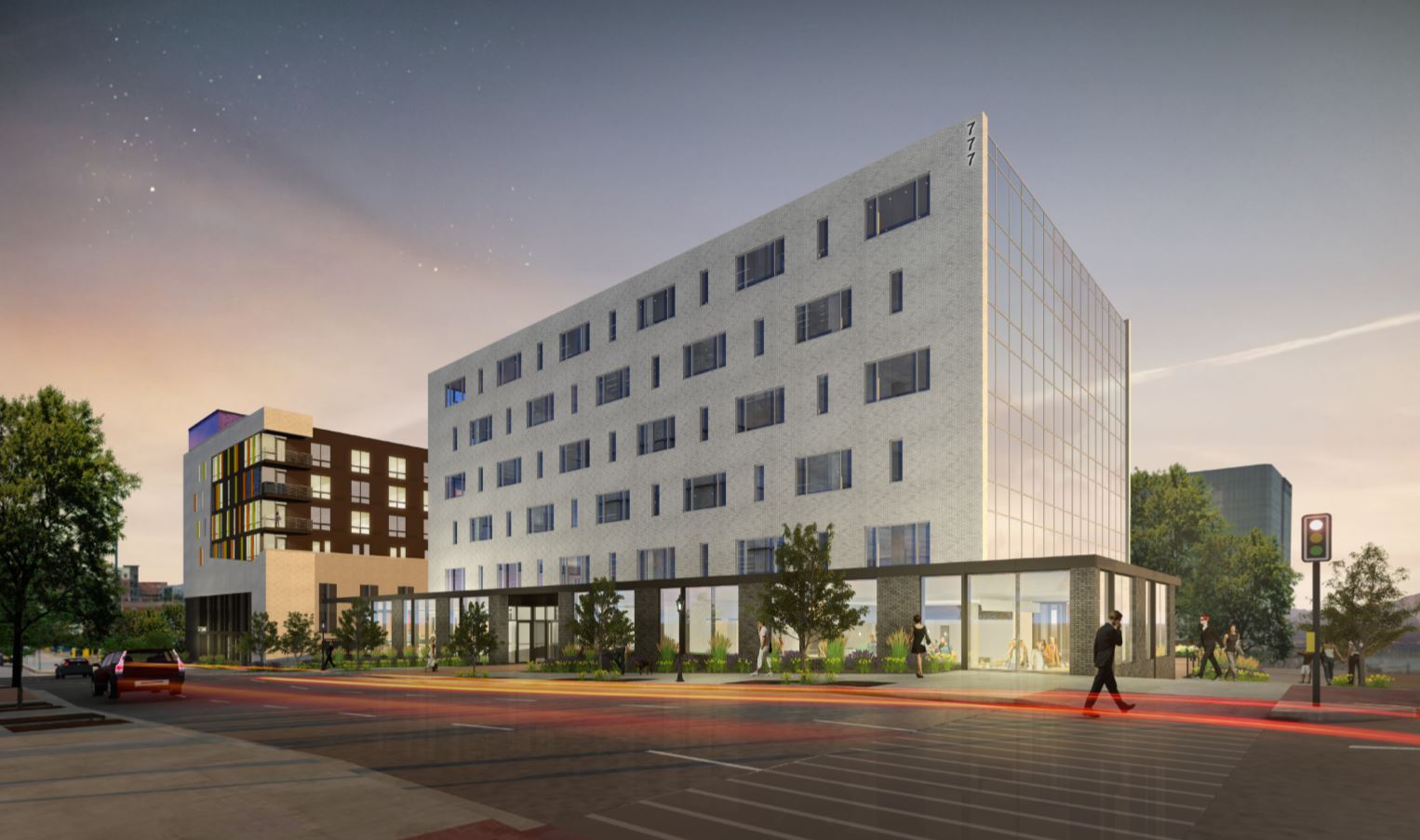 Not sure why they would alter the exterior of the current DHA building at 777 Grant, which is a great example of mid-century modern that doesn’t need any changes. I believe it was built in the late 1950s or early 1960s as IBM’s Denver area office. If they “expand the small windows on the east and west sides of the structure,” it would irrevocably alter the original architecture for seemingly little benefit.