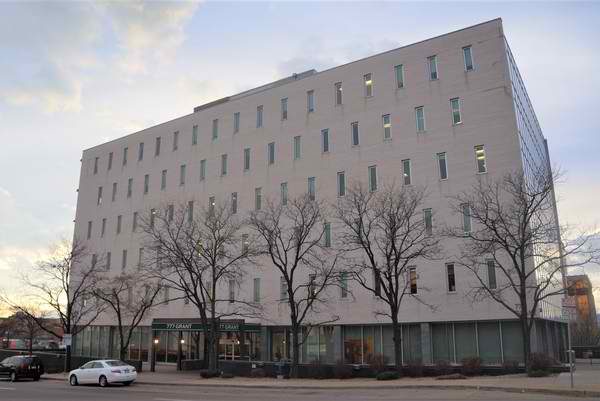 The six-story building at 777 Grant St., currently the headquarters of the Denver Housing Authority, sold for $9 million. (Libby Flood)

The Denver Housing Authority has sold its headquarters building in Capitol Hill ahead of the organization’s move to Lincoln Park.

Denver-based LCP Development purchased the six-story building at 777 Grant St. from the organization in late November for $9 million, according to county records.

The Housing Authority, which develops and operates income-restricted housing throughout the city, purchased the building in June 1999 for $5.3 million, according to records.

The organization is building a new 11-story headquarters building for itself near the 10th and Osage light-rail station. It is expected to be completed in the spring.

The brokerage firm said LCP plans to renovate the structure, which according to city records dates to 1972. Renovations will include expanding the small windows on the east and west sides of the structure, adding a fitness center and incorporating retail space on the ground floor.

Blake Mourer of Open Studio Architecture is assisting in the design.

Shames Makovsky’s Todd Snyder and Darrin Revious will handle the office leasing, while Cory Dulberg will market the retail space.

LCP is redeveloping a largely vacant retail site in Edgewater (a food hall is part of the plans), and wants to build an eight-story apartment building in Overland.

The six-story building at 777 Grant St., currently the headquarters of the Denver Housing Authority, sold for $9 million. (Libby Flood)

The buyer plans to renovate the structure and add ground-floor retail space. DHA is building a new headquarters for itself in Lincoln Park.