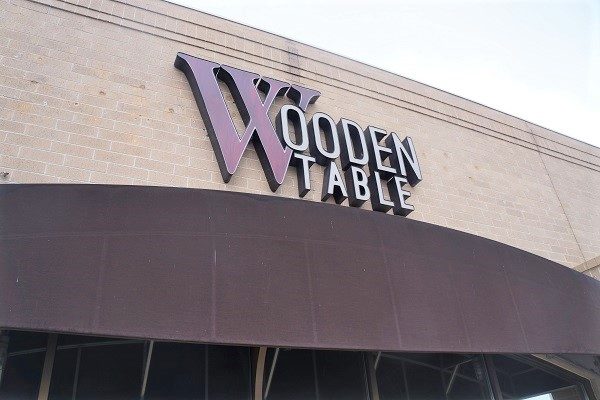 A sign on the door of the Greenwood Village eatery said the business closed after eight years, without providing further explanation. Online reviews indicate that it closed around mid-April.

Owners Jane Knauf and Brett Shaheen could not be reached for comment.

The Wooden Table had operated in Cherry Hills Marketplace at 2500 E. Orchard Road since 2011. When it opened, Knauf told Westword the goal was to bring an “upscale downtown bistro feel to the suburbs.”

Knauf and Shaheen, a former executive chef at Osteria Marco in Larimer Square, also were behind Brodo Italian Scratch Kitchen in Lakewood’s Belmar, which the pair told Westword was “a more casual sibling to the Wooden Table.”

Brodo, which opened in December 2016, also has closed with no explanation. OpenDoor ratings for the restaurant indicate that it closed without warning in February.

With the closure of The Wooden Table, Greenwood Village residents are left with a few options for Italian fine dining: Il Fornaio, Venice Italian Restaurant and Chianti Ristorante & Winebar all can be found a few miles east of the shuttered restaurant.

How much do they owe in taxes to various governments?

I’ve eaten at Brodo, it was awful.

This was our favorite upscale restaurant in the area — great food, excellent drinks, and engaging service. We’re very said to see it close, whatever the reason. We’re keeping our Google eyes open for Knauf and Shaheen’s names so we can see where they end up, individually or together.