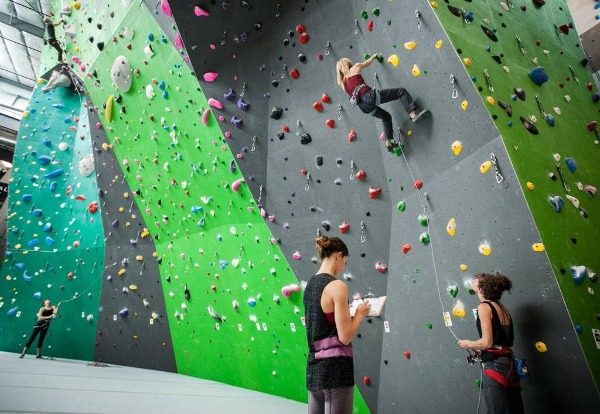 After two years in Louisville, Evo Rock + Fitness wants to grab hold of more market share along the Front Range.

“Golden is a growing market. The Earth Treks is absolutely bursting at the seams,” Evo founder and co-owner Hilary Harris said, referencing Golden’s other large climbing facility. “It’s in good proximity to our larger gym.”

Kodiak Real Estate Group, which approached Evo about being a tenant, is developing the gym. Kodiak will have offices onsite.

“It’s always been in our plans to expand,” Harris said. “We’re continuing to build out more gyms. This was a really good opportunity for us.”

Eldorado Climbing Walls is building Evo’s walls for the new location. While Harris said the space will have climbing cross training equipment such as hang boards and dumbbells, the space is not big enough to include cardio fitness equipment or yoga classes.

Evo is one of several climbing brands in the Denver metro area to open a bouldering-only gym. The Spot Bouldering Gym opened its second location in Denver last month, while Movement Climbing + Fitness opened its RiNo gym last year.

Bouldering gyms are easier to manage, because you don’t need to teach beginner customers how to belay, tie knots and other skills associated with ropes, Harris said. Plus, bouldering gyms don’t need the 40-foot-plus walls found at traditional climbing gyms.

“It’s a lot cheaper to build one,” she said. “Your capital costs are much lower to get into that style of a business.”

But beyond that, Harris said bouldering historically has been an activity for the most advanced climbers to improve their skill and strength on hard routes. In recent years, however, gyms started setting beginner bouldering routes, which has opened the sport to newbies. Beginners are now learning to boulder first before moving on to roped climbing, she said.

“I would say that’s another opportunity for them to get into the sport and it’s a lower barrier of entry,” Harris said. “It’s just making it a lot more accessible to people.” 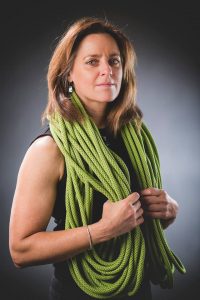 Harris, who spent her early professional life as a sponsored competitive climber, returned to grad school to become an architect in her late 20s. When she was laid off from her architecture job in 2008, Harris realized that the town she was living in — Concord, New Hampshire — needed a state-of-the-art climbing gym. So she designed one.

“It was a really good way to get back into the industry,” Harris said.

She followed that inaugural Evo gym with one in Portland, Maine, before meeting her current business partners, Clint Dillard and Stephen Price, to start the Louisville gym.

Harris said the brand will continue its expansion in both Colorado and elsewhere.

“I don’t think we’re going to stop until the market’s saturated,” she said.

Harris acted as a consulting architect on the plans for the new gym alongside Ewing Architecture. She declined to disclose investment in the new location, but said Evo is funding it with profits and loans.

“It’s an obviously growing climbing community in Golden,” Harris said. “It’s a gateway to a lot of climbing up I-70 and Clear Creek Canyon.”