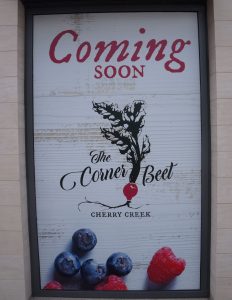 The Corner Beet is going for round two.

The Capitol Hill vegetarian restaurant known for its toasts and juices is set to open a second location at 165 Saint Paul St. in Cherry Creek. This one will be a licensed concept of its original, according to Jason Mowers, director of operations for the new restaurant.

“We want to still have that brand recognition, so it’s the same name and a lot of the same food,” Mowers said. “But they’re two separate entities.”

The Corner Beet is taking 1,600 square feet and hopes to open around Labor Day, Mowers said. It will share its building with Hollywood fitness concept Rise Nation, set to open this month, and neighbor Hapa Sushi Grill & Sake Bar, which plans to move into an adjacent building this summer.

“We really wanted to be in an area that was extremely prominent and high-end, where we have something to offer the community,” Mowers said. “We felt like it was a good area with our vision.”

Mowers said he’ll be the Cherry Creek version of Nikki Hazamy, who owns the existing The Corner Beet at 1401 N. Ogden St., which opened in 2014. Both work with an “owner/operator” mentality in running their respective restaurants, he said.

From a consumer’s point of view, the upcoming eatery will feel largely the same as the 5-year-old concept in Cap Hill.

“There’s going to be several items on the menu that may change seasonally,” Mowers said. “There will be toast, superfood bowls, superfood lattes, juices, and smoothies.” 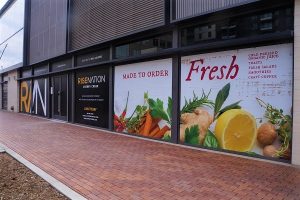 The Corner Beet in Cherry Creek will share its building with Hollywood fitness concept Rise Nation.

Mowers previously lived in Denver for nearly a decade and studied at the Cook Street School of Culinary Arts before moving to Chicago, where he worked as district manager for Potbelly Sandwiches. As of last week, he’s moved back to Denver to run Corner Beet.

“We want to be modern, cutting-edge, sleek — that’s what will set us apart from other quick-service concepts,” he said.

Stuart Zall, Stacey Glenn and Kyle Framson of The Zall Co. represented the landlord in the Cherry Creek lease. 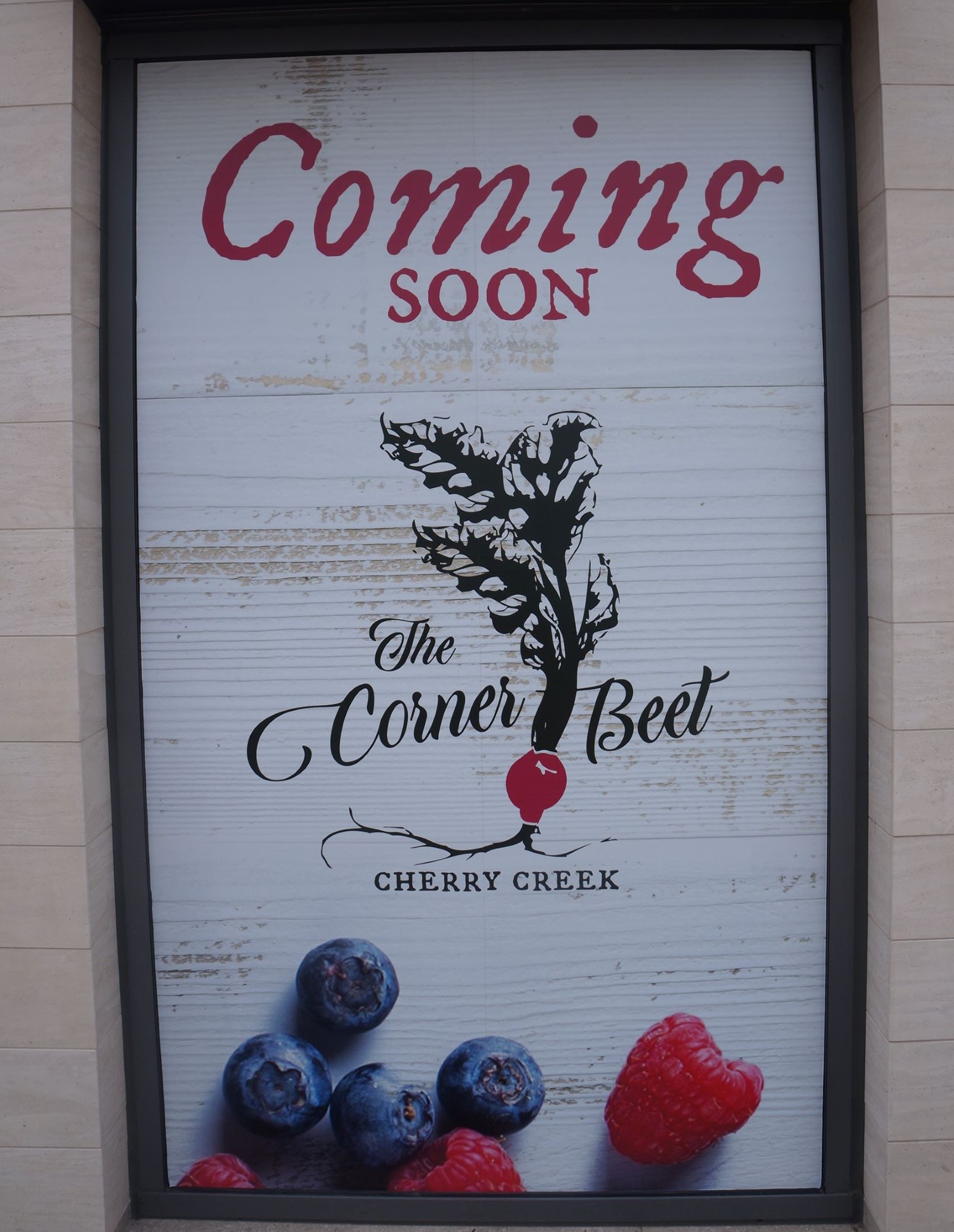