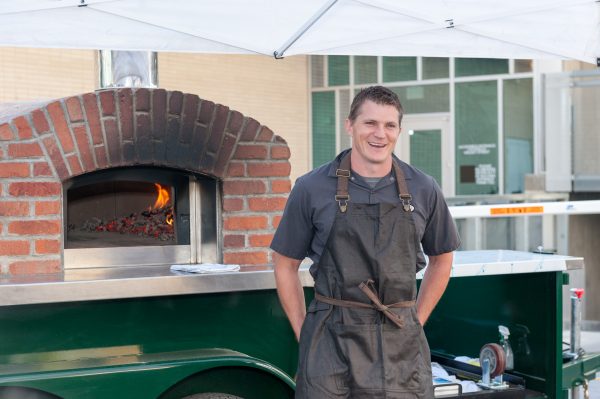 The owner of one of Avanti Food & Beverage’s original tenants is bringing a new restaurant concept to Park Hill this summer.

Thomas Garnick, the restaurateur behind the 10-year-old Brava! Pizzeria della Strada, plans to move beyond Brava’s Neapolitan-inspired pizza with his new concept. The new restaurant, Noble Char Wood-Fired Eatery, instead will focus on a range of wood-fired fare when it opens at 2245 Kearney St. this July.

“What we’re doing in Park Hill will be a sister concept to (Brava),” Garnick said. “We’re substantially expanding the menu, and really digging into fire and fermentation. We’ll expand into a few different entrees, and we’ll have desserts — basically taking what we started with Brava and pushing it forward.” 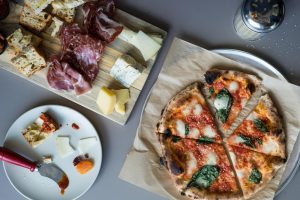 The new concept will focus on the communal aspect of food, such as big shared plates or charcuterie.

The new concept will focus on the communal aspect of food, such as big shared plates or charcuterie. Garnick said there still will be pizza on the menu, and everything will be “kissed by fire in one way, shape or form.”

Noble Char is taking part of a recently renovated building that was the home of Tower and Crest movie theaters from its construction in the 1940s until 1982, according to a neighborhood news publication. The Korean Full Gospel Church then took over the 11,600-square-foot building, then the structure sat empty for years after the church moved out in 2012.

Garnick’s restaurant will fit about 90 people, including its outside seating. He said he looked at more than 100 places to find a spot with the right combination of building character, neighborhood dynamics and area demographics.

“The restaurant industry has priced out a lot of successful restaurants, so we took our time to identify the right neighborhood,” Garnick said. “What I loved about the building is that it had a lot of really funky charm — it’s something you can’t replicate. We wanted to be able to tell a story with the space and make it unique, while also paying homage to the neighborhood.” 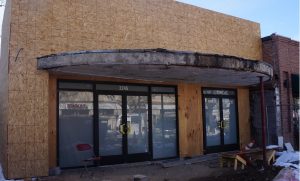 Garnick has built his career around pizza, and describes himself as a “pizza geek extraordinaire.” In addition to owning a pizzeria, he teaches seminars, goes on pizza pilgrimages, competes in competitions and is working on a documentary about “the unique story of how pizza is a source of connection.”

Garnick and David Bravdica, who since has stepped down, opened Brava in 2009 using mobile wood-fired ovens to cater events and run an outdoor “bistro cafe” along the 16th Street Mall. In 2015, Brava and Quiero Arepas were the first tenants to open at Avanti, according to Garnick.

He said Brava will stay at the collective eatery in LoHi for the foreseeable future.

Garnick signed a 10-year lease on the Park Hill space last May. Sean Kulzer of SullivanHayes Brokerage represented him in the transaction.

The restaurant, expected to open this July, will be called Noble Char Wood-Fired Eatery.

This is absolutely the most ridiculous opening. He is interloping on the business of 2 family-owned neighborhood spots that are in direct competition, while hitting the hood’s pizza tipping point. We can’t take one more!

From everyone I’ve spoken with in the neighborhood they are thrilled another restaurant is coming. There are very few restaurants in Park Hill and because of that most people leave the neighborhood to go out to eat. Look to the success of Esters that opened just a couple months ago and you will see that family restaurants are needed in Park Hill. I wish more restaurants would consider Park Hill as good location with all of the families that have moved in within the last decade.