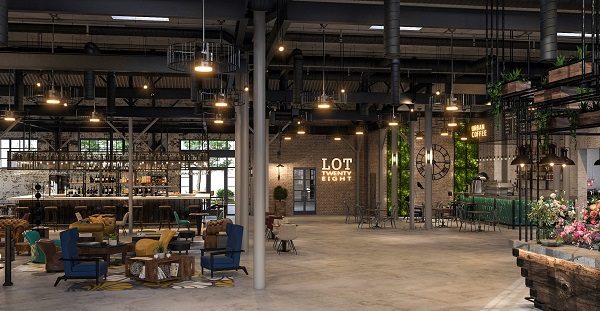 Little Black Church has inked a lease — and would gladly do your arm as well.

The tattoo shop has signed a five-year deal for about 1,300 square feet at planned mixed-use development Lot Twenty Eight in RiNo.

It’s the first tenant to be announced for the project by Denver-based Formativ, which is expected to open in July at 2763 Blake St. Formativ is turning the 45,000-square-foot former manufacturing facility into a development with retail, restaurant and event space, as well as a half-acre patio.

Little Black Church will be, at its core, a tattoo shop, according to co-founders Steven Waters and Patrick “Fish” King. But it also will be a “creative collective” centered around men’s grooming and fashion, with a small, regularly rotating selection of high-end men’s goods for sale.

“We’ll be able to get people from different walks of life — it won’t be designed to feel at all like a standard tattoo shop,” Waters said.

The longtime tattoo artists are Think Tank Tattoo alums who started talking about opening their own shop a few years ago. King, who helped open Think Tank in 2002, also co-founded men’s clothing line Elc about 10 years ago.

“I knew that I didn’t want to do another full clothing line again, but I was really interested in the possibility of developing a brand and designing an aesthetic around the brand that didn’t produce products,” King said. “I wanted to partner up with other people who are makers and do collaborative projects.”

Tattooing, though, will be “the main hub of how the business lives and breathes,” Waters said, adding he aims to be “approachable and less niche than most.” Unum Collaborative is designing the space.

A natural fit in RiNo

The pair wanted a space in an up-and-coming neighborhood with an art component, making RiNo an obvious choice. They’d been working on finding a spot for about two years before they were approached by Formativ CEO Sean Campbell.

“We liked their idea of keeping those old buildings instead of scrapping them and building new stuff,” King said. “They’re paying good homage to the different histories of those buildings. And the community aspect was a huge draw for us — people will be here for other reasons and we’ll get some good foot traffic.” 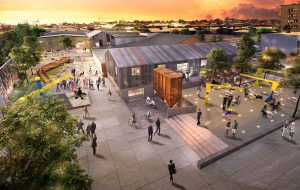 “The event space is a really fun piece for the project,” said Alison Nestel-Patt, Formativ’s marketing director. “It will be available not only for renting for public or private events, but it’ll act as a hub for the space as well.”

The large urban patio will feature events such as bike-in movie nights and yoga on its expansive green space, and Formativ is working with RiNo to hold larger yearly events as well. Nestel-Patt said the green space will be planted around Mother’s Day weekend in May, and some events likely will be held outside before the building opens in July.

The development by Denver-based Formativ at 2763 Blake St. is expected to open in July.