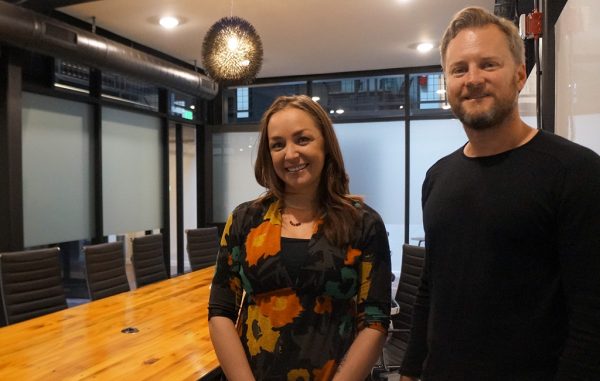 Some coworking chemistry has come to Wash Park.

Alchemy Creative Workspace welcomes its first tenants this week in a converted grocery store at 66 S. Logan St. Co-owner Chris Fulenwider, an architect, said he designed Alchemy to encourage tenants to meet one another, not to maximize desk space.

“It’s all about getting people together, creating community and creating chance interactions,” he said. “If you go into some of the more national (coworking spaces), you get the sense that you’re just jamming people in there.”

The space, which Fulenwider owns with Travis McAfoos, can accommodate 135 tenants. A dedicated desk in the office’s open space costs $400 per month. Suites large enough for three people start at $1,100 per month. The largest offices, which fit eight to 10 people, begin at $2,800 per month.

Besides office space, Alchemy tenants wanting a change of pace can visit the fitness studio Endorphin, which fills a retail space on the building’s ground floor.

General contractor Taylor Kohrs started renovating the former grocery in January 2016, removing layers of ceiling tile and interior walls to leave the space open and the roof exposed. Crews then added a mezzanine level and skylights.

He said construction costs on the entire property, both coworking and apartments, total $10 million.