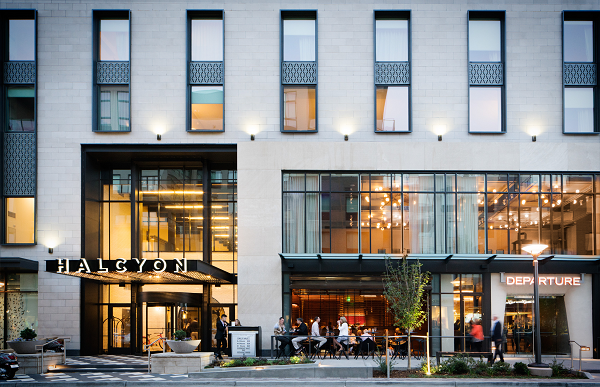 The sale of the Halcyon hotel in Cherry Creek is one for the record books.

The 154-room hotel at 245 Columbine St. sold this week for $93 million. That works out to nearly $604,000 per room, making it the priciest hotel sale in Denver history on a per-room basis. 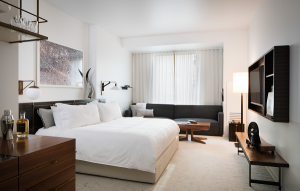 “We were heading down the path of refinancing it long term and we got an offer that we thought made the most sense for our investors,” Joblon said of the decision to sell.

Joblon isn’t leaving Halcyon behind entirely. Rockbridge Capital said in a news release that a local investor group he’s leading has retained a minority stake in the hotel.

“We believe in Halcyon, and its strength as an independent brand,” Rockbridge CEO Jim Merkel said in a statement. “We look forward to re-capitalizing and enhancing the property.”

Rockbridge, which has tapped Dallas-based Makeready to operate the property, hasn’t disclosed its plans for the restaurant space previously occupied by Departure, which closed Monday in connection with the sale. Quality Italian and speakeasy B&GC, which also operate at the hotel, are staying open.

BMC and Sage purchased the land for the project in 2014, paying $5.84 million, according to records. Halcyon became the neighborhood’s second hotel — joining the JW Marriott at 150 Clayton Lane — when it opened in August 2016.

“We saw the boom in Cherry Creek starting to happen, and the area only had one hotel,” Joblon said. “Very clearly it needed a second.”

The sale closed Tuesday, according to public records, although Sage Hospitality announced the deal Monday morning. The records show that $86 million of the purchase price was allocated to the real estate, meaning the personal property associated with the hotel, such as furniture, was given a valuation of $7 million.

Two other hotels have opened in Cherry Creek since Halcyon: The Moxy (also developed by BMC) and The Jacquard Hotel. The new offerings have meant more people spending nights in the neighborhood.

Joblon’s BMC also owns The Inn at Cherry Creek, a smaller lodging property that recently closed as renovation and expansion plans are finalized.

The previous high mark was set in August when the downtown Ritz-Carlton sold for about $496,000 per room.