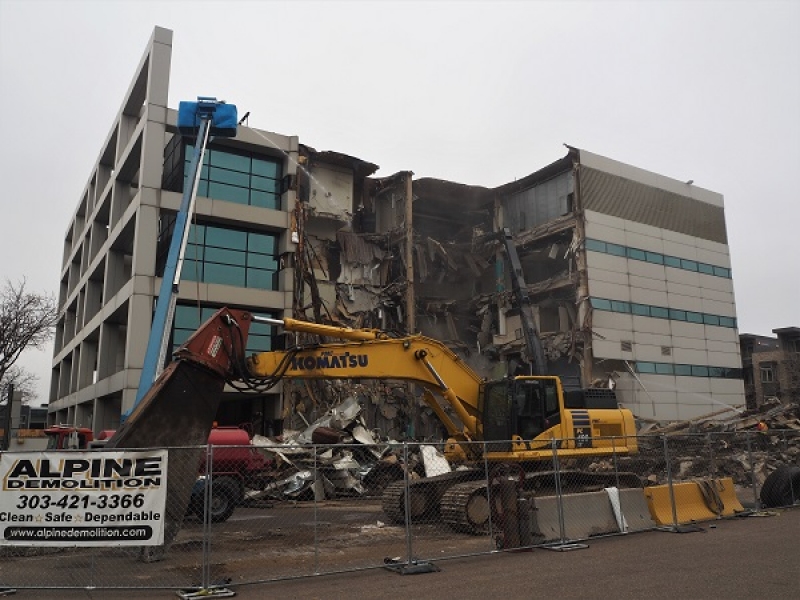 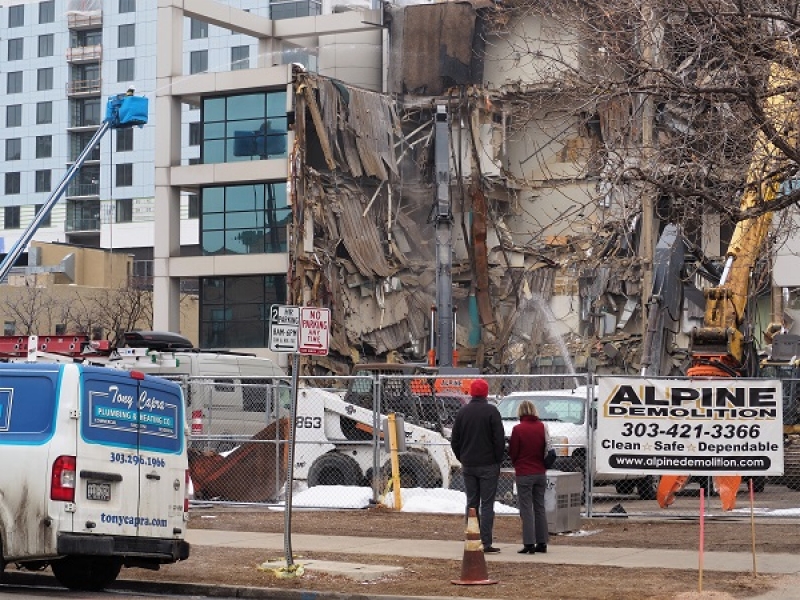 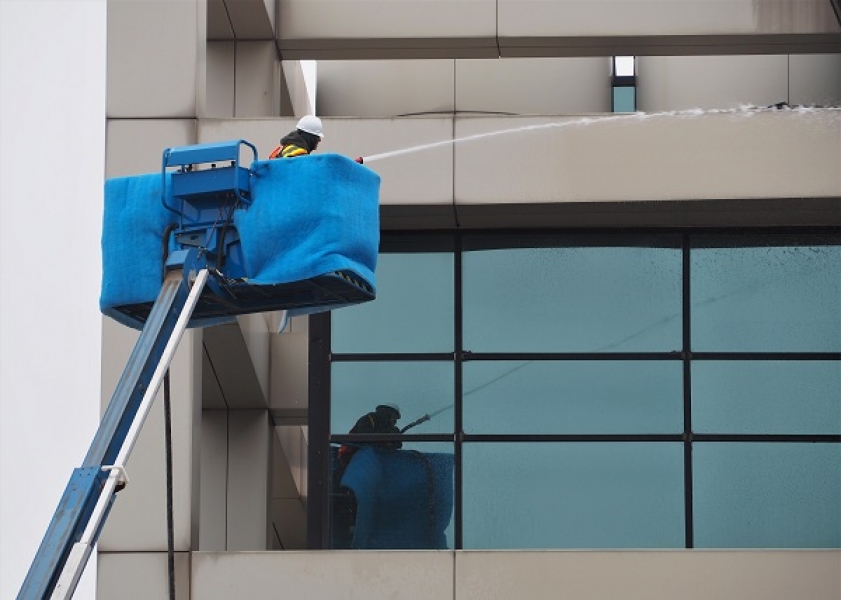 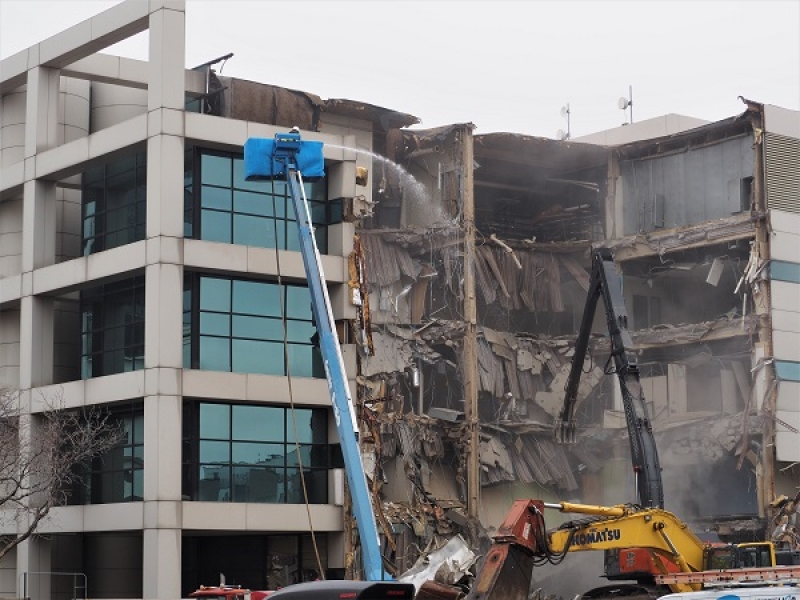 A 37-year-old office building in the Golden Triangle is coming down.

The property is owned by apartment developer Lennar Multifamily Communities, which paid $18.5 million last year for it and much of the parking lot to the east — 2.1 acres in all.

Lennar submitted a site-development plan to the city last year, proposing a 17-story, 389-unit complex on the existing parking lot, at 921 and 951 Acoma St.

Lennar has yet to submit a site-development plan for the 990 Bannock parcel, where the demolition is occurring, but an early-stage proposal submitted to the city indicates it wants to build a second large apartment complex on that site.

A short walk from the building, Greystar is constructing its 16-story Parq on Speer apartment complex. Next to that, the new owner of 955 Bannock St. plans to develop a 10-story office project. 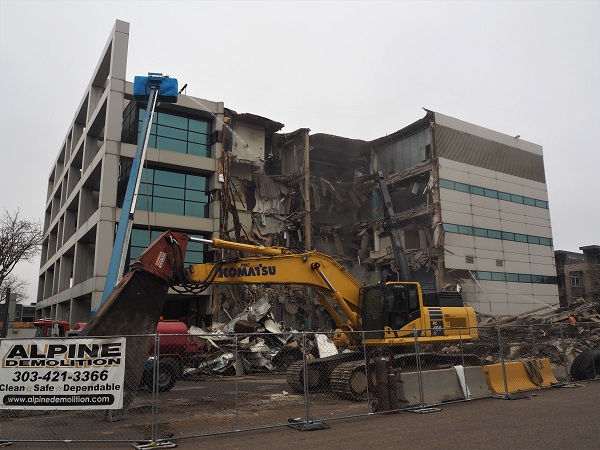 An apartment developer bought the structure at 990 Bannock St. and an adjacent parking lot last year.

The developers with support from Councilman Wayne New are building the concrete jungle — almost no green space, poor architecture , few small businesses and services, lack of affordable housing, and no covered sidewalks during construction to safely navigate the obstacle course. that the GT has become. Profit rather than sustainable and genuine community development reigns. We need a change.