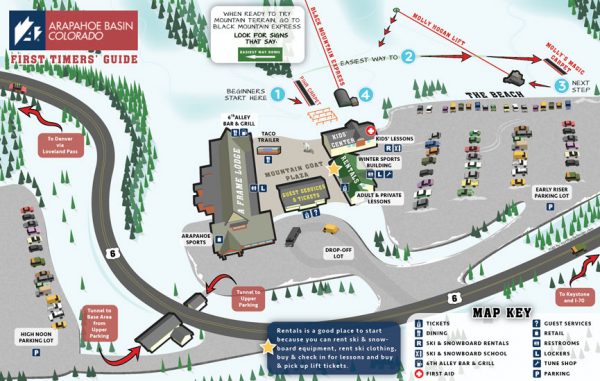 That’s the dilemma local ski resorts face each year. And it’s getting worse.

Arapahoe Basin announced this week that it is bailing on the ubiquitous Epic Pass — Vail sold around 800,000 for the 2018-19 ski season — because it can’t handle the mad dash for parking.

Within an hour of Denver, Eldora Mountain Resort and Loveland Ski Area are working harder than ever to handle the influx of cars. The three resorts are getting creative, with mixed results, trying more advanced snow plowing, incentives for carpooling and the most obvious of all: building more parking lots.

Alan Henceroth, COO of A-Basin, said the ski area has 1,750 parking spots that have been filling up faster on weekends.

For the first time this ski season, A-Basin implemented paid parking to combat its parking lot mess, with the intent to encourage skiers to carpool. For $20, visitors could park in one of 200 reserved spots closest to the base area. That cordoned-off section is free with four or more people in one vehicle. 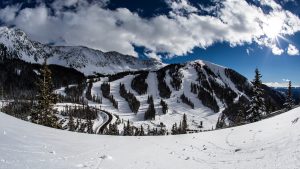 Due to A-Basin’s location, there are limited parking options. (BizDen file photo)

“About 60 or 70 percent are carpoolers,” Henceroth said. “Initially, like many things, there was a real angst … as we’ve done it and implemented it, it’s been no problem at all.”

A-Basin has few options. Located in a narrow valley, the only choice for a new lot would be vertical. But a steel parking garage could cost as much as $100 million, Henceroth said. And that’s not in the budget.

“Those of us that live and play in Colorado, we’re going to have to change the way we think about driving,” he said. “We’re gonna have to get to where we want to go to play with less vehicles.”

Eldora Mountain Resort tried the same message this year — with no success. Shortly after starting its first season on the Ikon Pass — Alterra Mountain Co.’s rival to Vail’s Epic Pass — Eldora announced it planned to implement a $20 parking fee on weekends for cars with just one or two people.

Eldora spokesman Sam Bass said the idea was that the charge would motivate visitors to carpool or take the bus. But when the announcement prompted a backlash, the mountain nixed the paid-parking plan.

“Our timing in rolling the plan out was not great,” Bass said.

“We did it a month into the season … we did get a lot of impassioned feedback. We are not planning to do it next season.”

Eldora, 22 miles from Boulder, has around 2,000 parking spots, which fill up around 10 a.m. on weekends, Bass said. On days when I-70 traffic is packed, Eldora sees a big jump in cars and crowds.

“A lot of our heavy weekend visitation is simply due to frustration with traffic on I-70,” he said. “A lot of people will turn off on Central City. They’ll give up on I-70 and come to us.”

Eldora’s hasn’t built a parking lot in least 20 years, Bass said, but the mountain is in permit negotiations with Boulder County to expand its north lot for next season.

Loveland Ski Area isn’t on the Epic or Ikon pass. 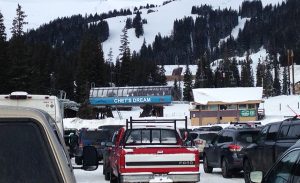 “That hasn’t changed over the past five years,” Sellers said. “We’ve gotten busier over the last few years. Our skier visits have increased … but we’re not having capacity issues on a regular basis. We’re not parking out our lots or having to turn people away.”

Loveland also sells a four-hour ski ticket to help spread out the time of day skiers arrive and depart.

Still, Loveland wants to stay ahead of the parking problem. 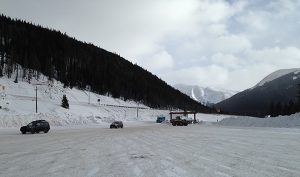 “Our parking lot crews work hard to maximize the space that we have available,” he said. “We’ll have extra people out spot parking. As guests leave, we’re working really hard to make sure we don’t have to turn people away.”

Sellers said another challenge is plowing the parking lot snow without taking up parking spots.

“We’ve tried to get creative with our snow storage (so that) when we do get snow, which everybody wants, that that snow isn’t eating up our parking inventory,” he said, adding that Loveland uses its Snowcats to push snow from the parking lot up one of the mountain’s runs.

Loveland is considering a new parking area east of Loveland Valley. But similar to A-Basin, Sellers said the valley does not have much room for more parking. While other ski mountains have resorted to paid parking, Sellers said it’s unlikely Loveland ever would charge.

“It’s something we don’t want to do,” he said. “But we may be forced to consider it at some point.”

In announcing it is bailing from the Epic Pass, A-Basin blamed congestion. Loveland and Eldora face a similar squeeze.

A-Basin should perhaps consider building a new lot downhill on Hwy 6 and running a shuttle bus or two. The issue at Eldora would be more-difficult to solve but perhaps there they might consider buying land near the junction of the entrance road and Eldora Rd and running buses from there. Such a lot and bus system could be used in the summer for the hiking crowd also.