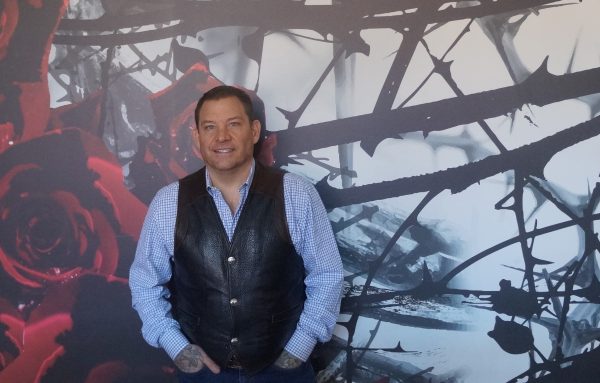 It’s out with Southern cooking and in with international cuisine in LoDo.

Two concepts from restaurateur Sean Ellis will fill the space previously occupied by barbecue joint Southern Hospitality, which closed at 1433 17th St. in 2017. On the street level will be Rose & Thorn, a restaurant serving “upscale, international street food,” according to Ellis. Downstairs will be the Double Barrel Club, a 1950s-style Cuban rum bar.

The two concepts, slated to open in March or early April, will be separate but share a kitchen, Ellis said.

“We come up with ideas that fit the space,” Ellis said. “Getting people to go into a basement is not always easy, so we had to have a really original concept to push people toward that.”

This will be a second incarnation for Rose & Thorn — Ellis and two business partners previously operated the restaurant near Portland, Oregon. But Double Barrel Club is a new concept, inspired by recent trips to Cuba. 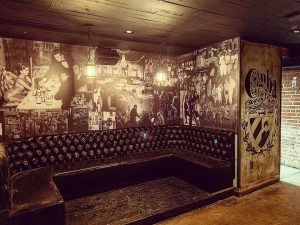 “The 1950s in Cuba was a glamorous time,” Ellis said. “When the Cuban Revolution took place, all the clubs had to go underground. The same food, the same music — all underground. Double Barrel Club is that underground speakeasy in 1950s Havana.”

Double Barrel is offering rum lockers for purchase, and buyers will have access to the bar’s private room, described by Ellis as a “tier two, semiprivate” version of SoHo House, a London-based private members’ club.

Rum lockers are available in two sizes: the larger, geared more toward company use, cost $20,000 per year, while the smaller options cost $5,000 per year. Customers choose the bottles of rum to stock their locker.

But those who forgo the private room still have access to the rest of Double Barrel Club, including the 75 rums behind the bar. There will be religious shrines commemorating Cuba’s two most common religions, Santeria and Catholicism, as well as Cuban-style artwork.

“Rose & Thorn is meant to be a study in opposites,” he said. “Each of the areas of the restaurant is different — different tables, different lights, different everything. That’s how we create layers.” 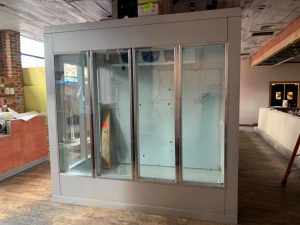 Customers will be able to choose an infused ice to go in their cocktail at Rose & Thorn’s ice laboratory. (Courtesy Rose & Thorn)

He said the idea of creating layers is behind Rose & Thorn’s ice laboratory. The large, windowed freezer is just past the entrance, and customers will be able to choose an infused ice to go in their cocktail.

“As you drink that and it melts, it gives you another layer to your drink,” Ellis said. “The ice will be on these stands in the laboratory, and you can pick your ice just like in a candy store.”

Ellis said the restaurant’s selection of infused ice will vary, but will include both sweet and savory options such as angostura bitters ice, lavender-infused ice and coconut water ice.

“We feel like infused ice is the next step in the craft cocktails arena,” he said.

A graduate of the Culinary Institute of America in New York, Ellis has made a career out of opening unique restaurants and hotels. This is his 44th restaurant, he said, but his first in Denver. He and his family moved to the city nine years ago.

Ellis said he’ll hire 58 employees between the two businesses, which will be open for lunch and dinner seven days a week, and open earlier on weekends for brunch. Ellis called the price range at both establishments “economical.”

“We’re not trying to be the most expensive,” he said. “We want to be the place where people can come three days a week.”

Ellis said he’d like to open additional locations of either concept locally, particularly in Cherry Creek and the Denver Tech Center.

Restaurateur Sean Ellis is behind the two concepts, which are slated to open in March or early April.