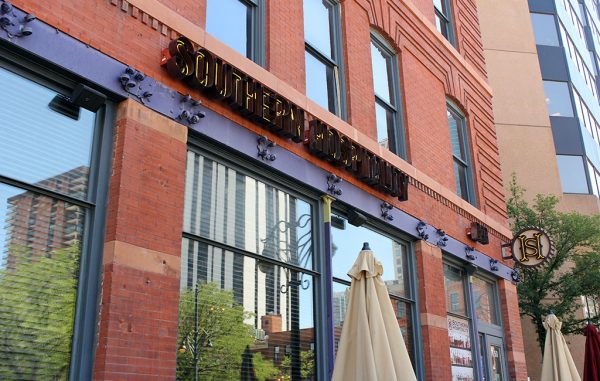 The Southern Hospitality restaurant on 17th Street was one of three the group has closed. (Kailyn Lamb)

A barbecue company with three Denver-area stores has flamed out.

Southern Concepts was operating two Southern Hospitality barbecue restaurants – on 17th Street in Denver and at the Park Meadows Mall in Lone Tree – and a Carve Barbecue on Colorado Boulevard.

On Monday morning, the Southern Hospitality location at 1433 17th Street had posted a sign on the door, saying “We have closed. Thank you for your support during our time here.”

The restaurant opened in 2012. Southern Hospitality got its start in New York with singer Justin Timberlake as a co-founder.

Employees at the SliceWorks pizza restaurant next door said that the restaurant had been open the day before and hosted an event.

Southern Concepts was co-founded by Gary Tedder, who served as its vice president of business development until January this year.

Southern Concepts reported a net loss of $2.7 million for the nine months ended Sept. 30, 2016, according to SEC filings.

The Southern Hospitality restaurant on 17th Street was one of three the group has closed. (Kailyn Lamb)

A barbecue company with three Denver-area stores has flamed out.