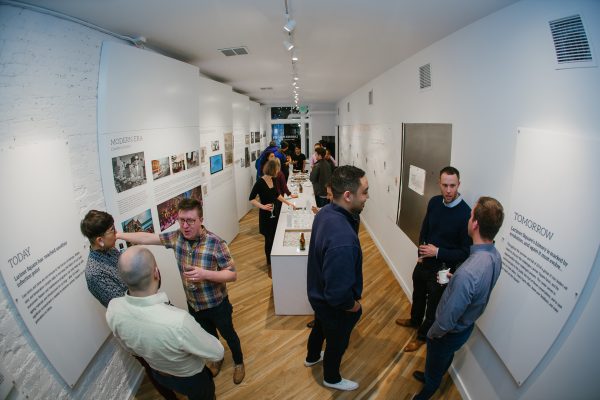 The owner of Larimer Square has converted a storefront into a “community center” in an effort to gather public feedback about the block’s future.

The opening of the center at 1411 Larimer St., slated for Feb. 25, comes a year after Hermanson and Urban Villages proposed demolishing portions of the block and building two new structures, both significantly taller than existing ones.

The parties said the older buildings along the block need tens of millions of dollars’ worth of renovations, and the added density would have made undertaking those renovations financially feasible. After criticism of the proposal — including from Dana Crawford, who’s credited with saving the block — and the formation of an advisory committee, the proposal was abandoned. 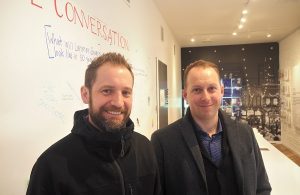 On Friday, however, Buerge said Urban Villages and Hermanson are committed to finding a new long-term solution, something that goes beyond a “Band-Aid” solution that would address only the block’s most pressing needs and push the rest into the future.

“Larimer Square is not going to stay how it is,” he said. “It’s going to change.”

Buerge said the community center, which is in an approximately 500-square-foot unit that previously housed retailer Blush, “will be here for a long, long time — really until we have a final plan.”

“The real goal of this space is to share information and get ideas.”

Buerge said the contents of the space may shift as time goes on. For now, however, the right wall of the unit features a museumlike presentation with information about Larimer Square, from its emergence in the late 1800s to its time as “Skid Row,” to its revitalization in the 1960s by local developer and preservationist Crawford, who pilloried last year’s redevelopment proposal in a Denver Post op-ed. Its mention of Hermanson’s ownership credits him with supporting up-and-coming chefs, whose restaurants filled the block after national retailers fled Larimer Square for Cherry Creek Shopping Center in the 1990s.

The right wall also features an explanation of the structural challenges facing the block’s older buildings. 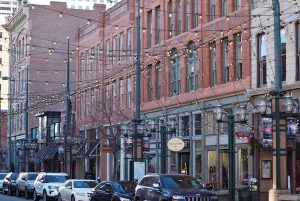 A committee convened to advise the owner of Denver’s Larimer Square on the site’s future met for the last time in December.

The left side of the unit, meanwhile, is a large whiteboard, where visitors will be encouraged to answer questions such as, “What will Larimer Square look like in 50 years?”

That’s not the only interactive element. Several 3D printed models of the immediate area sit out, with the non-historic buildings along Larimer Square removed. Visitors can use the adjacent Legos to construct something to replace them. The unit’s back wall, meanwhile, is partially a puzzle. Additionally, visitors will be able to record themselves giving feedback, and watch video of those who already have done so.

Buerge said Friday that the center’s hours had not been finalized and may vary by day, but likely will involve both afternoon and evening hours. He said staff from Urban Villages or architectural graduate students from the University of Colorado will be present during operating hours. 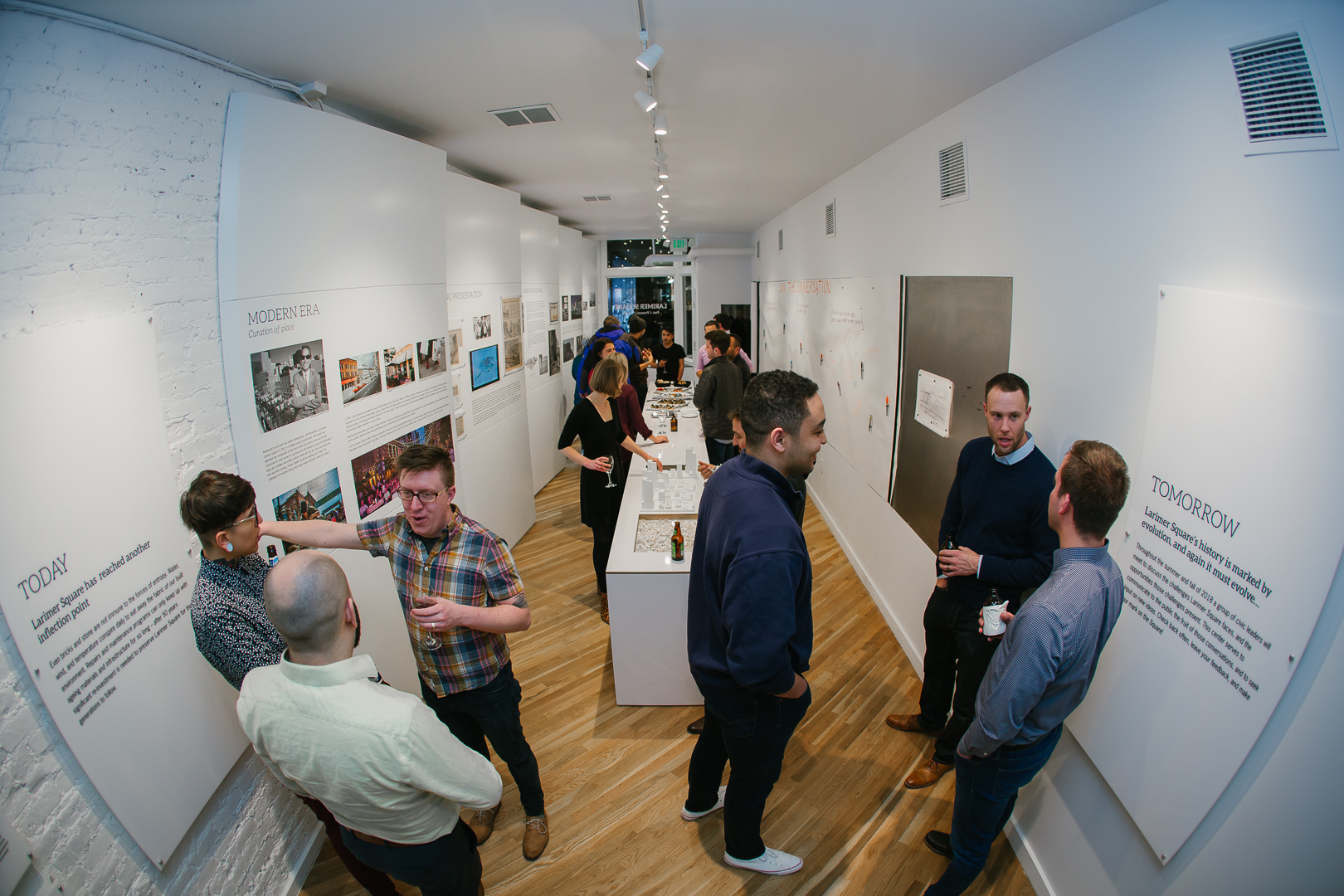 The unit, an effort to gather public feedback about the block’s future, comes in the wake of a redevelopment proposal that was abandoned after criticism.