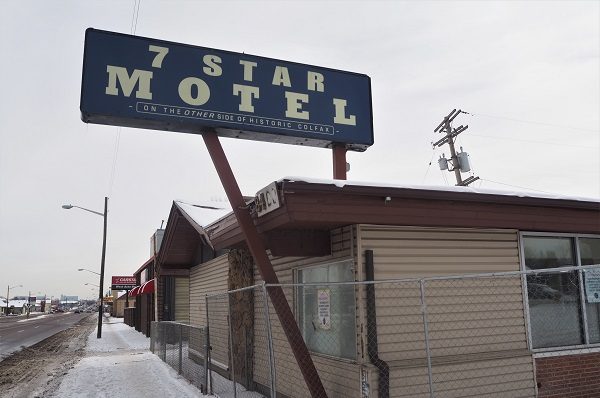 Two former motels along East Colfax Avenue in Denver — one so troubled, the city shut it down — are under new ownership.

On the same day, the 35-room Branding Iron Motel two blocks east at 8600 E. Colfax Ave. sold for $2.25 million, records show. The business closed prior to the sale. The buyer was a LLC formed by Alison Shunneson.

The properties were bought by different parties, and neither one will be operating as a motel in the near future.

In late December, the Park Hill resident purchased 8100 E. Colfax Ave., for decades home to the Hangar Bar, which the city ordered closed last year after an undercover cop reportedly bought crack cocaine on the back patio.

The 7 Star Motel, meanwhile, was ordered closed about a year earlier. The city said the 25-room property had become a hub for criminal activity, including prostitution and aggravated assault.

Adam noted he bought property in RiNo about 10 years ago, before the former warehouse district took off.

Both the Hangar Bar and 7 Star Motel were forced to close after the city determined they qualified as a “nuisance.”

As a result of the nuisance finding, Adam said both properties are covered by “stipulated abatement plans,” which the city drew up and which place restrictions on future use.

That’s likely a key reason that both properties were sold to Adam at a loss. According to county records, he paid $225,000 for the Hangar Bar in December; seller Lorie Thomas had bought the property for $300,000 in 2006. And the 7 Star Motel last changed hands in 2016 for $1.25 million, according to records — nearly twice what Adam paid.

In the case of the Hangar Bar, Adam said the City Attorney’s Office has approved his plans for the building. He’s bringing in Tor Ericksen and Bilyana Boyanova to reopen a bar in the space, to be called EastFax Tap.

The 7 Star property is a little more challenging. According to the abatement agreement, the property can’t request a lodging license until early 2021, which would prevent the building from being a motel in the near future.

Adam declined to discuss the options he is considering for the site.

“I want to talk to the city before anything else,” he said. 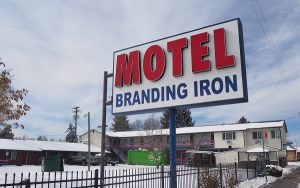 The Branding Iron Motel at 8600 E. Colfax Ave. in Denver is slated to be converted into apartments with long-term leases.

The property was sold by Roy Enterprises Inc., which purchased it in December 2015 for $1.5 million, according to records.

Shunneson said she plans to convert the motel, which had 35 rooms in addition to living quarters for a manager, to apartments that are leased on a long-term basis. She’ll keep the existing floor plan, meaning the units will be as small as 350 square feet, with a kitchenette that includes a two-burner cooktop and sink, and an under-the-counter refrigerator instead of a full-sized one.

A handful of units will be one-bedroom residences, and the former manager quarters will have two bedrooms.

The goal is to keep the units affordable, Shunneson said, although she’s not pursuing any tax incentives that would require her to restrict units to certain income levels.

“I am trying to keep it as reasonable as possible,” she said of the rent.

Shunneson said though the rooms have been operable, they need a lot of work.

“The bones of the building are really great … The carpets that are in there are threadbare,” she said. “All the cabinets in there are broken.”

Shunneson, who previously worked as an attorney, said she’s undertaken other real estate renovation projects in the past, but none as large. The rising cost of multifamily buildings in Denver prompted her to get creative, she said.

“You can’t get a 36-unit apartment building for that,” she said, referencing the purchase price.

Shunneson plans to call the complex Brandin’ Iron Apartments, dropping the ‘g’ in order to return to how the motel originally spelled its name.

Elsewhere in the neighborhood

Motels along East Colfax change hands semi-regularly — two immediately across the street from 7 Star sold in November and December — but most have continued operating as motels. Changes in use are rare.

The city has taken an active role in redeveloping two sections of the neighborhood. It purchased 7900 E. Colfax Ave. and the former strip club at 8315 E. Colfax Ave. in 2017, and has requested proposals for residential or mixed-use projects from developers. 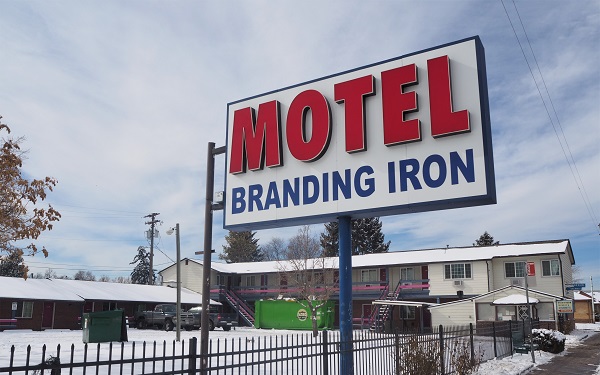 Different buyers purchased the two sites. The city closed one of the motels in 2017.