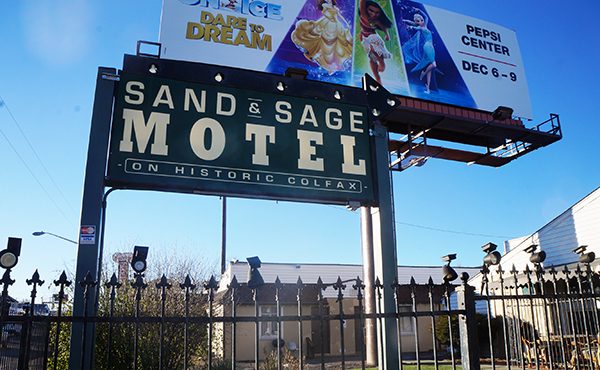 A longstanding motel along East Colfax Avenue has changed hands.

The motel is one of many along Colfax that cater to lower-income residents who often stay for extended periods, as opposed to travelers stopping in for a night or two.

The LLC that purchased the property was registered by a Daniel Eugene Kim.

The seller, In Woo Corp., purchased the property in October 2016 for $1.05 million. The broker listing the property, Nicholas Chin of The K Company Realty, did not return a request for comment.

The property contains on-site living quarters for a manager, as well as kitchenettes in the guest rooms and a communal laundry area, according to a Loopnet listing. The listing said that revenue comes from “room sale, billboard advertisement, and guest laundry.”

The Sand & Sage Motel is one of many along Colfax that now cater to lower-income residents who often stay for extended periods, as opposed to travelers stopping in for a night.