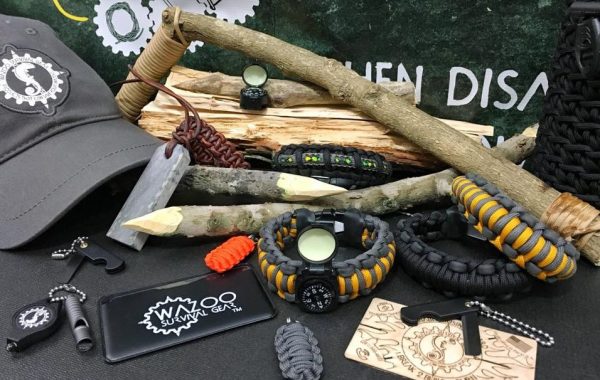 The startup behind these wearable products, which are designed to keep its customers alive when things go south, has relocated to Colorado.

The 6-year-old company now occupies two offices and a section of warehouse space in a Longmont coworking spot called I2Five, where its neighbors include another outdoor company, Kokopelli Packraft.

Co-owner Dustin Hogard said part of the rationale for moving was to be in an outdoor-centric city.

“We had one company in Texas down the road that we were using for laser engraving,” he said. “In Colorado, there are 30 companies we are working with … It’s a place to be if you’re trying to start up an outdoor company.”

Hogard said he originally chose an Evergreen property. When that building fell through, he visited I2Five and realized the combination of warehouse and office space was exactly what Wazoo needed. 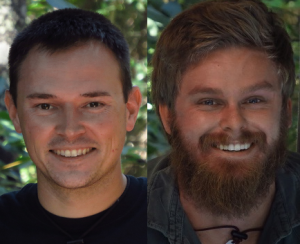 Hogard and co-owner Nick Blackman were working on separate survival gear startups when they met over beers in 2013 and decided to join forces. Hogard, 31, has a background in outdoor guiding and marketing, while Blackman’s background is in mechanical engineering and aerospace.

The pair started designing survival bracelets, which are made from paracord ropes and incorporate compasses, fire starters, tinders and other tools.

“Having rope on you can solve a lot of problems and can fix things,” Hogard said.

Another Wazoo product is the Cache Belt, a product that garnered $275,000 in Kickstarter sales in 2016. Wazoo designed the belt to hold a wide array of accessories, including duct tape, fishing hooks and line, flashlight, compass, water container and more. Wazoo also sells hats with secret pockets and burnable business cards.

“Instead of getting into a very specialty niche market, we are trying to bring survival kits to people who aren’t looking for them,” Hogard said.

Hogard declined to disclose revenue, but said the startup has shipped to more than 120 countries and all 50 states. Most customers buy Wazoo’s products on its website or through online retailers.

Wazoo employs four people full time. Hogard thinks the need for his products stems from people who may want to be outdoors, but don’t prepare themselves as much as they should.

“People have become less self-reliant when they go out and maybe they properly dress for the situation, but are you prepared to stay for the night?” he said.

Hogard said part of Wazoo’s value is in repackaging survival products and making them more accessible to customers, who can wear them every day.

“The biggest value our stuff can bring to the table is being there when others aren’t,” he said.

Co-owner Dustin Hogard said part of the rationale for moving was to be in an outdoor-centric city.