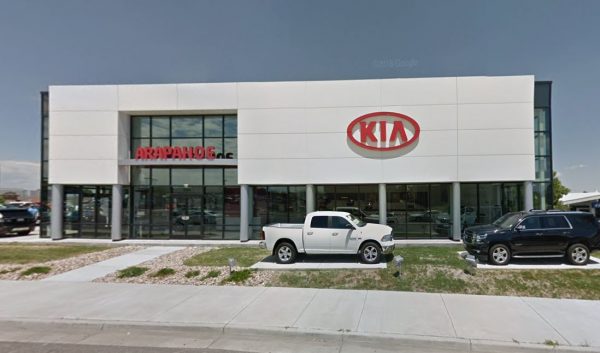 Arapahoe Kia, one of the two plaintiffs, is located in Centennial. (Courtesy Google Maps)

Two Kia dealerships in Centennial and Littleton have sued the carmaker over its apparent plans to add a new dealership in Denver.

Arapahoe Kia and Peak Kia say the new dealership proposed for 1260 S. Colorado Blvd., where Emich Volkswagen currently operates, would cut into their business due to its proximity. It would be 5.2 miles from Arapahoe Kia and 9.8 miles from Peak Kia.

A spokesman for Kia Motors declined to comment on the lawsuit.

According to the lawsuit, the car company sent letters to Arapahoe Kia and Peak Kia in October, notifying them of its plans to appoint a new Kia dealer that would operate at 1260 S. Colorado Blvd. Emich Volkswagen plans to move its operations to a site along Santa Fe Drive in Denver.

The dealerships say in the lawsuit that Kia assigns dealers “area of primary responsibility” using geographic boundaries based on census tracts, but that sales often are made to people outside that area — for example, 55 percent for Arapahoe Kia, according to one market report.

Arapahoe Kia and the car company have butted heads before. According to the lawsuit, in November 2013, when Arapahoe Kia operated at a different location in Greenwood Village, the carmaker threatened to terminate its relationship with the dealership on the grounds that it was “failing to maintain adequate facilities.”

Arapahoe Kia disputed that finding, but agreed to move to its current location in Centennial in order to “appease” Kia, the lawsuit said. The new dealership cost $11 million.

The lawsuit said both dealerships are now “adequately representing” Kia. Both dealerships have had year-over-year revenue increases since 2016, and “on a yearly basis spend hundreds of thousands of dollars advertising Kia products and promoting the Kia brand.”

The dealerships are accusing Kia of breaching an “implied covenant of good faith and fair dealing.” They’re asking a court to prevent the authorization of the new dealership and for an unspecified amount of damages.

Other local Kia dealerships include Medved Kia in Wheat Ridge and Grand Kia in Thornton.

Correction: The original version of this story misidentified which dealership Kia previously threatened to terminate its relationship with. It was Arapahoe Kia, according to the lawsuit. 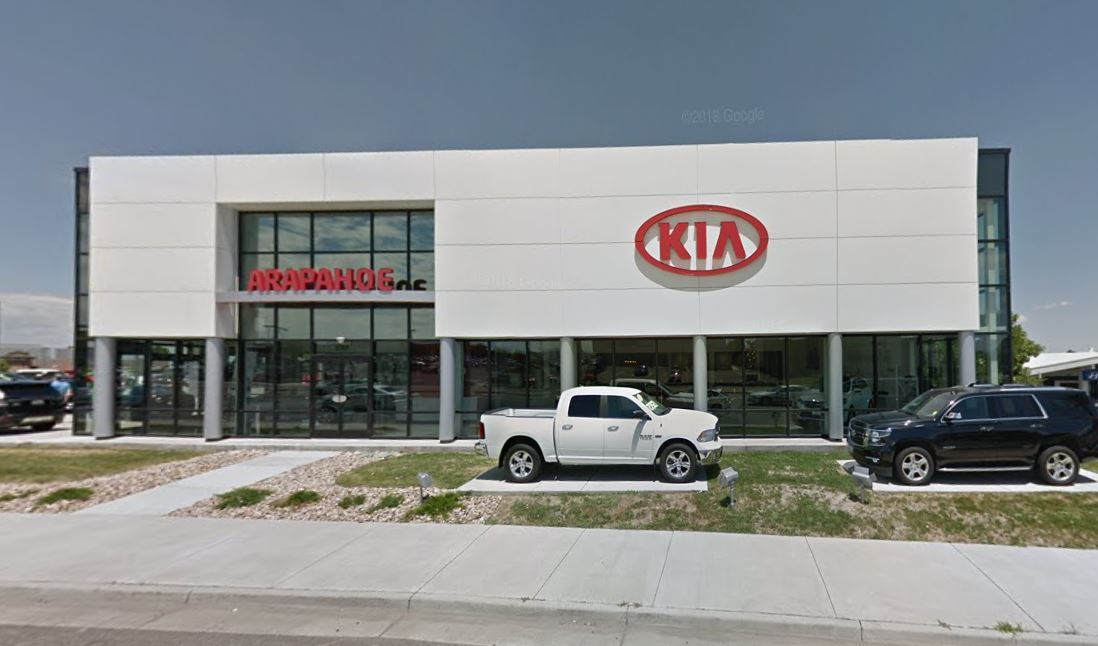 Arapahoe Kia, one of the two plaintiffs, is located in Centennial. (Courtesy Google Maps)

The lawsuit indicates a Kia dealership is set to replace Emich Volkswagen when it leaves Colorado Boulevard.

Awesome, we need a Kia dealer in the immediate metro area. If you live in lets say Cap Hill bringing your car for service to the current dealers they say its too far for their shuttle to bring you home so you are forced to sit there all day.