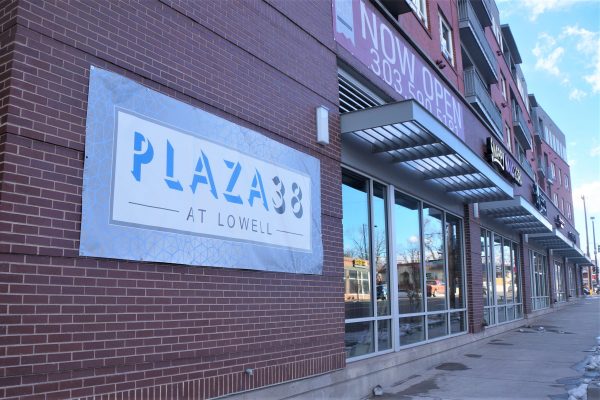 Plaza 38 at Lowell will feature a food hall with two restaurants, an ice cream shop, a coffee shop and a bar. (Libby Flood)

A new food hall is set to open this spring along 38th Avenue in West Highland.

The food hall will be in Plaza 38 at Lowell, the name of the retail space under the Alexan West Highland apartment complex at 3550 W. 38th Ave.

The retail space is already home to a number of businesses, including Rush Cycle, Mountain West Financial and Snappy Nails & Spa. Lucero said the food hall, which is separated from the other businesses, likely will open in April or May.

Four tenants already have committed to the food hall: Milky Way Ice Cream, Joe Maxx Coffee Co., Camila’s Mexican Grill and Taco Connection. There also will be a large bar in the center of the space, dubbed The Bar at Plaza 38.

“The bar will be a community bar, but it will also serve the food hall’s entities,” Lucero said. “We’ll have some boozy ice cream, some boozy coffee.”

Lucero said he hopes a sushi restaurant will fill one of the food hall’s two remaining spaces. The food hall will have communal seating and often will feature live music, he said.

With about a half-dozen concepts planned, the Plaza 38 food hall will be smaller compared to others in Denver. Denver Central Market has 11 vendors and Avanti has seven, according to their websites. The forthcoming Broadway Market — which recently pushed back its opening to Feb. 22 — is up to 11 with the recent addition of Royal Rooster.

Joe Maxx Coffee Co. is a chain that has had a location along Santa Fe Drive in Lincoln Park since September 2017. West Highland will have the chain’s 10th location, with others in Florida, Nevada, Pennsylvania and Ohio. 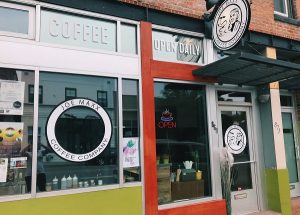 Co-owner Lahna Saccone brought the chain to Denver with her fiance Nicholas Caparso, whose father co-founded Joe Maxx in Ohio six years ago.

Saccone said the coffee bar inside the food hall will differ slightly from the Santa Fe location.

“The location in the arts district is really based around a ’60s bohemian vibe,” she said. “It’s a full-fledged design space. At the new location, we’re part of someone else’s project. The food hall is more rustic and industrial, so it’ll have a more modern feel — less boho-chic.”

The coffee bar will offer the same health-conscious menu as its standalone location, which was designed to cater to Denver’s habits and tastes. But the Plaza 38 coffee bar will stay open later than its predecessor.

“The Santa Fe store is mornings only, except for First Fridays,” Saccone said. “At this location, the bar is the centerpiece of the food hall. So we’ll be open later, and we’ll give the bar our coffee to make Irish coffees.”

Another family-owned business, it has operated as a food truck at the corner of 27th and Larimer streets for eight years, said co-owner Jhonatan Netzahuatl. 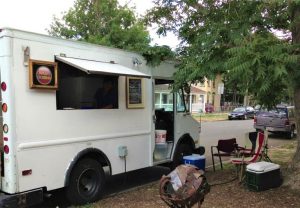 The food truck will continue operating after the business makes its brick-and-mortar debut at the food hall, serving additional items not offered by the truck, such as quesadillas, gorditas, churros and corn on the cob.

“We’re definitely trying to expand our menu,” Netzahuatl said. “Everything we make is authentic. That’s why we keep it in the family: It’s for quality control.”

The business is named after Netzahuatl’s niece.

Amish Patel started Taco Connection as a food cart in March 2017 before graduating that winter to a kiosk on the 16th Street Mall, where it remains today. Despite the name, Patel makes “everything but the Mexican taco,” according to Lucero. 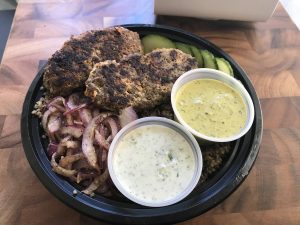 “I’m expanding the menu to 12 different items in the food hall,” he said. “We’ll be adding items like taco bowls, a falafel taco and baja fish tacos.”

“I’ve always had a fascination with different cuisines,” Patel said. “One thing Denver lacks is food from around the world.” 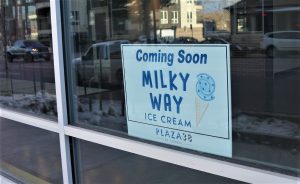 Milky Way Ice Cream will be opening at Plaza38 at Lowell. (Libby Flood)

At the food hall, Taco Connection will offer lunch and dinner daily, and stay open until midnight on weekends.

Milky Way Ice Cream is a new brand name for Denver, but it will serve something familiar: products made by Little Man Ice Cream. BusinessDen wrote about the concept last month. 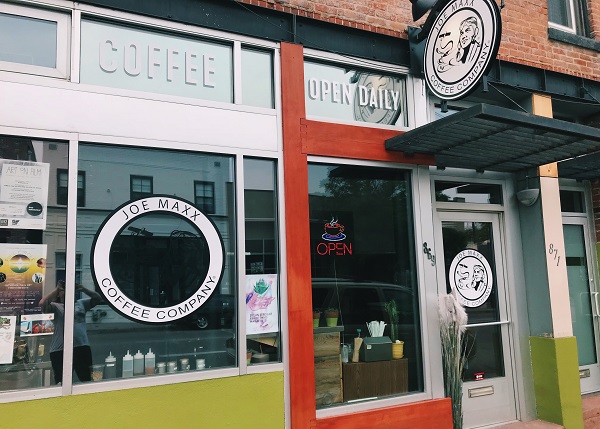 Plaza 38 at Lowell will feature a food hall with two restaurants, an ice cream shop, a coffee shop and a bar. (Libby Flood)

Four vendors have signed on, including a food truck that operates in RiNo and 16th Street Mall’s Taco Connection.