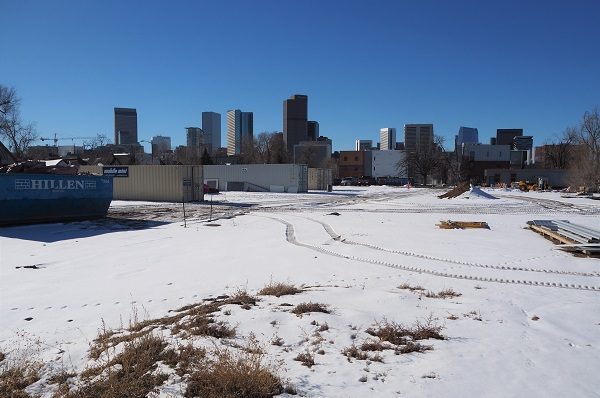 AvalonBay Communities paid $15 million for the block formed by Lawrence and Arapahoe streets, and 26th and 27th streets. (Thomas Gounley)

A Virginia-based apartment developer has purchased a block in RiNo for $15 million.

AvalonBay Communities purchased 1185 26th St. in Denver — a 2.45-acre parcel that comprises the full block formed by Lawrence and Arapahoe streets, and 26th and 27th streets — last month, according to county records.

An architect submitted a project concept to the city for the site in November, proposing a three-story, 248-unit apartment complex called Ava RiNo. Project concepts are an early-stage development proposal subject to change.

An AvalonBay spokeswoman confirmed the buy but declined to discuss a development timeline.

AvalonBay entered the Denver market in September 2017 with the purchase of a 252-unit complex in Lakewood. It since has purchased two more apartment complexes, in Littleton and Castle Rock.

The RiNo project will be AvalonBay’s first local ground-up development.

The property was sold by Denver-based Westfield Co., which purchased the site from the Denver Housing Authority in 2015 along with an adjacent block, where the company has built a mixed-use development called S*Park.

Westfield partner Jonathan Alpert said the company created a master plan for the whole site and that AvalonBay will be building in accordance with that plan.

“It’s very much in the same vein, in the same fabric,” he said of AvalonBay’s planned development.

Alpert indicated AvalonBay’s project will include some retail space, as does S*Park, which has lured sushi restaurant Uchi and Lacuna Yoga as tenants. 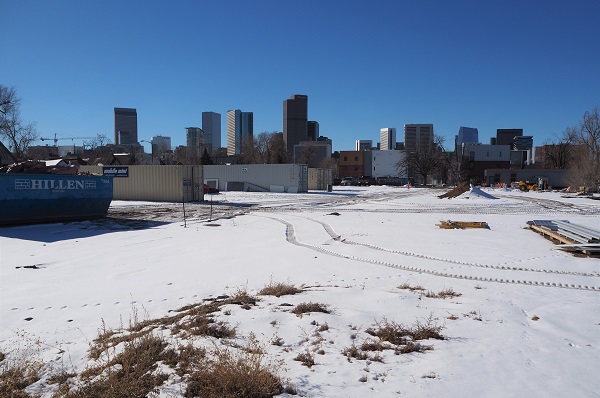 AvalonBay Communities paid $15 million for the block formed by Lawrence and Arapahoe streets, and 26th and 27th streets. (Thomas Gounley)

It will be the buyer’s first local ground-up development.

This is not in Rino, it’s in Curtis Park.
This is unfortunate since the property was sold to Westfield by DHA with the condition that a certain portion would be affordable housing and that the neighborhood committee created by DHA would have input into the design. The affordable inclusion is a key point for the community and they want to be assured that there will be space in the new complex for those that earn a lower than normal salary.