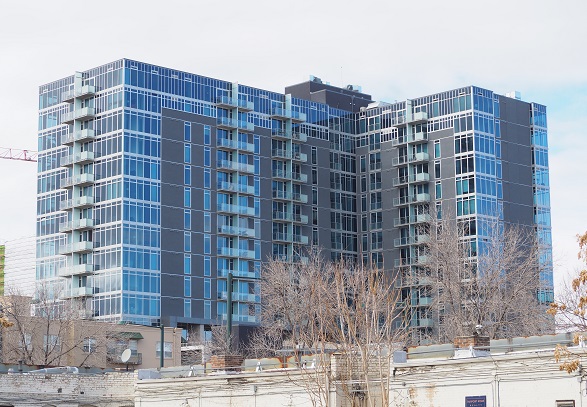 An 18-story apartment complex in the Golden Triangle has sold for nine figures.

EQR1250 Cherokee LLC, which is registered at the same address as Chicago-based Equity Residential, purchased Eviva on Cherokee last week for $110.5 million, according to county records.

The complex, which broke ground in 2015, was sold by Atlanta-based Integral Group, which developed the property as part of a joint venture with Denver-based Charter Realty Group.

Eviva on Cherokee has 274 units, making the deal worth $403,285 a unit. The complex does not have a retail component.

On Tuesday, the cheapest available unit in the complex, a studio, was listed at $1,700 a month.

Equity Residential, which is one of the nation’s largest owners of apartments, re-entered the Denver market in August when it paid nearly $135 million for a complex in Uptown. It quickly followed that with the purchase of the 25-story SkyHouse apartment tower downtown, paying nearly $140 million.

Integral Group also developed Ashley Union Station, a 107-unit apartment complex at 1850 Chestnut Place. A majority of the units there are income-restricted.