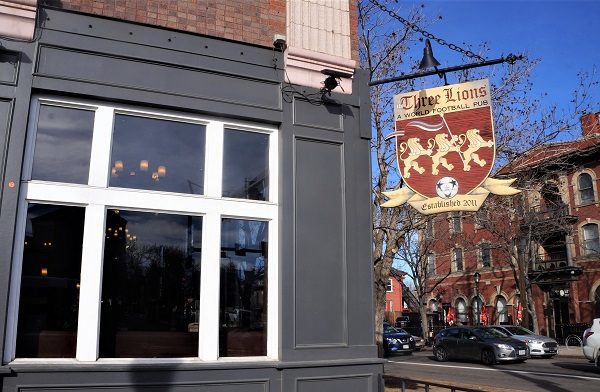 Three Lions Pub on East Colfax has closed down for rebranding. (Libby Flood)

One of Denver’s only soccer-centric bars has closed and will rebrand itself to attract fans of other sports, according to its owner.

Mark Berzins, one of the owners of the venue’s parent company Little Pub Co., said in a statement that, “We are doing a light remodel on the space and will reopen in a few weeks as Colfax Sports & Brew.”

“Just could not make the space cash flow with the (predominantly) early-day soccer crowd,” Berzins said. “Appreciated the great, loyal fans of the pub (many of whom have already been busy crushing me for the closure) but just could not find our way into the black with any regularity.”

“We will also be reducing our footprint a bit to lean down,” Berzins said. “We are hoping the new format, which welcomes all sports lovers, will give us a more viable bar.”

Little Pub Co. owns more than 20 bars in the Denver area, according to its website.

Little Pub Company took over the site at 2239 E. Colfax Ave. from The Bank Bar & Grille in 2011. The company remodeled the building and decorated the interior to resemble typical London pubs, according to the venue’s website.

Along with the British Bulldog, another soccer-focused pub owned by Little Pub Co., the Three Lions was a predominant staple in Denver’s soccer culture.

The Premier League’s online bar finder, which helps fans locate nearby bars that play the English soccer competition on TV, lists only four bars in Denver — including the Three Lions. The closure leaves only the British Bulldog, Abbey’s Tavern on East Colfax and Esters Neighborhood Pub on South Holly.

A 2014 Denver Post article listed three other alternatives for Denver soccer fans: Fado’s Irish Pub, the Armoury and Celtic Tavern, all of which have either closed or rebranded. 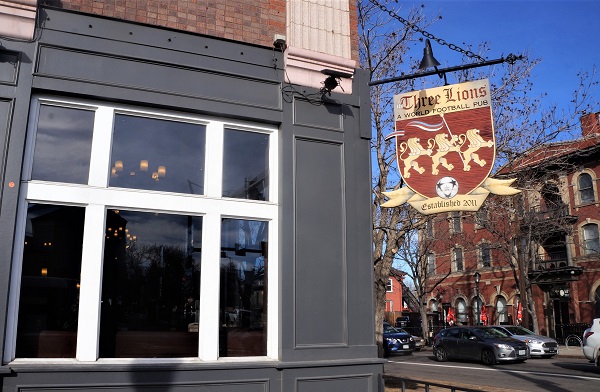 Three Lions Pub on East Colfax has closed down for rebranding. (Libby Flood)

Hopefully their re-branding will be up the to the success of their Patrick Carrolls to Paddy the Yank closing/opening on Tennyson Street.