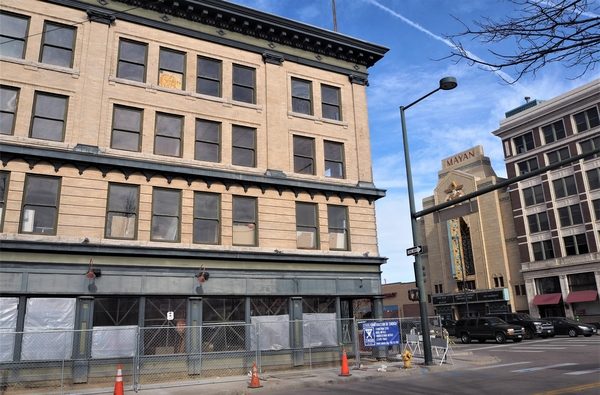 The lawsuit revolves around this four-story building at 101 Broadway in Denver, which was once known as the First Avenue Hotel and most recently housed restaurant El Diablo on its ground floor. (Thomas Gounley)

The former owner of a four-story building along South Broadway in Denver says the current owner acquired it through a series of misrepresentations and spread false rumors that the seller was a heroin addict.

Jesse Morreale, who owned the building at 101 Broadway from 2008 to 2015 as Morreale Hotels LLC, filed a lawsuit late last month against Digital Cowboy LLC, which bought the property from Morreale at auction.

The lawsuit also names as defendants Denver-based Zocalo Community Development, which has an ownership stake in Digital Cowboy LLC, and the firm’s CEO, David Zucker. Zocalo is converting the former First Avenue Hotel into income-restricted microunits and building an addition at the rear of the structure.

The lawsuit alleges Zucker struck a deal with Morreale when the latter fell on hard times, then cut him out of it when a better opportunity arose.

Zucker described the lawsuit as “entirely frivolous” in an interview with BusinessDen.

“We will be able to establish that this is frivolous,” he said, declining to comment further. “This is purely a minor challenge to the development of critically needed affordable apartments in central Denver.”

In his lawsuit, Morreale describes himself as “an entrepreneur who acquired blighted or otherwise distressed real estate and renovated or restored the properties to be productive assets benefitting the community.” 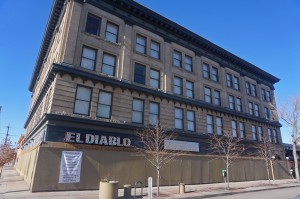 A photo of the building in late 2015, when it was acquired at auction by Digital Cowboy LLC. (Burl Rolett)

Morreale also has been involved with multiple shuttered Denver restaurants, including Sketch Food & Wine and El Diablo — both of which operated at 101 Broadway — as well as Rockbar and the short-lived Thunderbird Imperial Lounge.

Attorneys Patrick D. Vellone and Carissa V. Sears of Denver’s Allen Vellone Wolf Helfrich & Factor are representing Morreale in the litigation. Sears said she and her client had no comment on the lawsuit.

Morreale says in the lawsuit that in the aftermath of the 2008 banking crisis, the bank holding the loans on 101 Broadway, as well as another property Morreale owned at 3015 E. Colfax Ave. (where Rockbar operated), was seized and put into receivership by the FDIC.

“The mortgages, which were current, were later sold by FDIC to a third-party lender whose main objective was obtaining real estate, rather than collecting payments and interest,” the lawsuit reads. “Said lender encouraged Morreale to commence a ‘restructuring process’ that enabled the lender to commence foreclosure on the Properties, then obstructed his rights to cure.”

According to a 2015 Denver Post story, the city claimed modifications Morreale made to the building made it unsafe. The building has been vacant and boarded up since April 2013.

Morreale Hotels LLC filed for Chapter 11 bankruptcy in December 2012. Morreale subsequently filed for personal bankruptcy because he had personally guaranteed the mortgages, the lawsuit says. 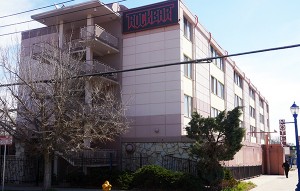 Morreale says in his lawsuit that he filed for bankruptcy “to slow down the foreclosure process and secure time to reorganize,” and that he intended to pay creditors in full and restore operations.

In October 2015, however, a date was set for the Broadway and Colfax properties to be auctioned off, in early December of that year.

“Confident in Morreale’s prior success managing his real estate developments and other businesses, many potential lenders expressed interest in partnering with him or loaning him the funds necessary to purchase and/or refinance his Properties at the auction,” the lawsuit reads.

“One such person was Defendant David Zucker, who expressed sympathy for Morreale’s predicament, and expressed an avid interest in teaming up with Morreale to secure the Properties for the Parties’ mutual benefit,” the lawsuit reads.

Zucker offered to loan Morreale the funds needed to pay off his creditors, so that he could retain his title and prevent an auction, according to the lawsuit. Digital Cowboy also would pay $240,000 to terminate Sketch’s lease at 101 Broadway.

“Importantly, Morreale would have the option to either retain the Colfax property or sell it and secure an additional commission,” the lawsuit says.

The parties entered into a “Binding Loan Commitment and Term Sheet,” which called for Digital Cowboy to loan at least $9 million to Morreale, according to the lawsuit. The agreement specified that Morreale could not bid at the auction with a different funding source, the lawsuit says.

Morreale then stopped communicating with other prospective lenders or partners, according to the lawsuit. And he filed a motion in bankruptcy court, indicating he planned to pay his creditors in full and asking that the case be dismissed.

But the lawsuit claims Digital Cowboy’s “true motivation was to prevent Morreale from appearing and bidding at the anticipated auction.”

The lawsuit reads: “By contracting with Morreale, Defendants established an artificially low ceiling for the price they would ever have to pay for the Properties — if they prevailed at auction for less than they agreed to pay Morreale they would repudiate the contract; if not, they would join Morreale’s campaign to have the sale set aside and the bankruptcy dismissed.”

“Through the Agreement, Digital effectively prevented any significant counter-bidding, as Morreale was the most likely purchaser,” the lawsuit says.

On the date of the auction, Digital Cowboy attended and bought the property for $6.5 million. BusinessDen reported at the time that there were seven registered bidders, and that Digital Cowboy went back and forth with an LLC headed by developers Paul Tamburello and Jack Pottle before coming out on top.

At a bankruptcy court hearing regarding whether to approve the sale, Zocalo then “repudiated its Agreement with Morreale in open court,” the lawsuit says.

As a result, Morreale “lost his opportunity to retain ownership” of the property on East Colfax, the lawsuit says (it sold in April 2016 for $3.55 million). And rather than being dismissed, Morreale’s bankruptcy cases “continued at great personal expense.”

The lawsuit says that the agreement between Digital Cowboy and Morreale “did not contemplate the Digital would appear at the auction; however the Agreement’s implied covenant of good faith and fair dealing required that any winning bid by Digital would have the same monetary results for Morreale.”

“By appearing at and bidding in the auction, and then repudiating the Agreement, Digital acted in bad faith and dealt unfairly with Morreale,” the lawsuit says.

Court filings in Morreale’s bankruptcy case provide additional context to the narrative outlined in his lawsuit.

The trustee in the case argued against the motion to dismiss Morreale filed in connection with the loan agreement with Digital Cowboy. In a Dec. 4, 2015, filing, he called the $6.55 million sale to Digital Cowboy at auction an “excellent result.”

“The Debtor’s attempt to negotiate a side deal with one of the bidders at the auction is problematic,” the trustee wrote. “The Debtor would have this Court cast aside a sale that is on track to close by December 11, 2015 (as Digital Cowboy committed on the record at the auction) in favor of a speculative, undeveloped proposal. The better option for creditors of both estates is to take the proverbial ‘bird in the hand’ and close the committed sale next Friday.”

“That is especially true given the Debtor’s history with his creditors and this case,” the trustee added. “The Debtor asks that the proverbial fox be put back in charge of the hen house.” 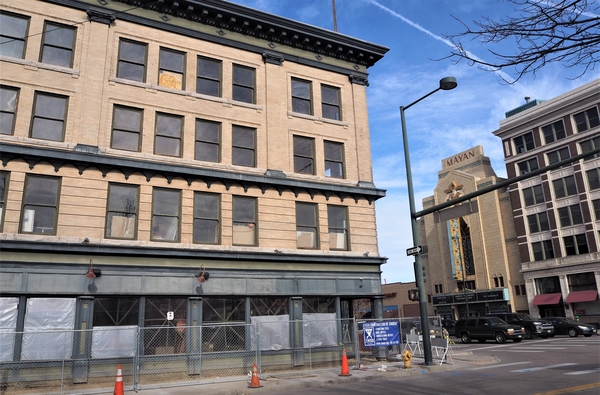 The lawsuit revolves around this four-story building at 101 Broadway in Denver, which was once known as the First Avenue Hotel and most recently housed restaurant El Diablo on its ground floor. (Thomas Gounley)

The lawsuit revolves around the former First Avenue Hotel, which is being developed into new residences after it sold at a bankruptcy auction for $6.6 million. Defendant David Zucker, CEO of Zocalo Community Development: ‘This is an entirely frivolous lawsuit.’