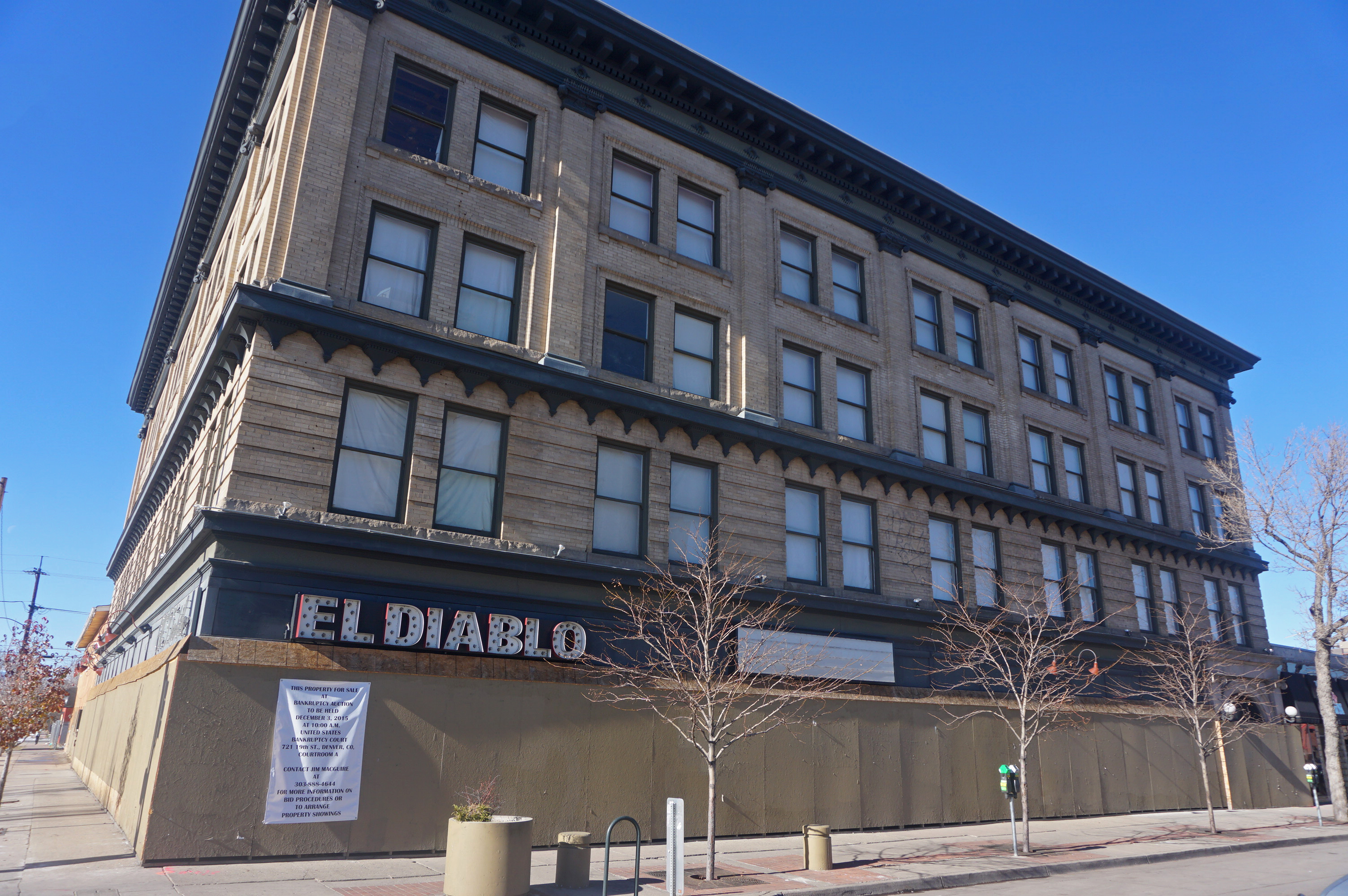 After years of vacancy, a former hotel building has been sold at auction. Photos by Burl Rolett.

After dragging through bankruptcy and foreclosure for nearly three years, a prime Broadway property has a new owner.

Oberg’s firm, Digital Cowboy LLC, outbid six other registered bidders for the property. The standing room-only auction was held at the U.S. Bankruptcy Court building downtown and opened with a bid of $4.5 million. An LLC headed by developers Paul Tamburello and Jack Pottle went back and forth with Oberg at the auction’s end but tapped out after a final bid of $6.5 million.

Oberg declined to comment on his plans for the building after the auction.

Marker Hill Capital was also vying for the property but stopped short with a final bid of $6.05 million. Denver developer Gart Properties made a qualifying bid and attended the auction but stayed out of the action Thursday morning. Representatives from Sidford Capital were also in attendance. 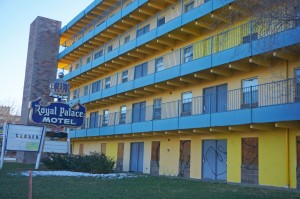 Digital Cowboy LLC has until next Friday to officially close the real estate buy.

The sale ends a lengthy slog through the foreclosure process for the hotel-turned-restaurant building, which sits on about 0.5 acres at First Avenue and Broadway.

Denver businessman Jesse Morreale bought the 110-year-old building in 2008 for $2.5 million, according to Denver property records. He opened restaurants El Diablo and Sketch at the property around 2010. In 2012, Morreale became embroiled in a dispute with the city over building safety. He threw the building’s ownership entity into bankruptcy in 2012 in the face of foreclosure.

Both restaurants temporarily closed in in July 2012 before reopening later that summer. El Diablo and Sketch both shuttered for good in May 2013. The building is currently boarded up with signs leftover from the two restaurants.

Jim MacGuire, a real estate broker at MacGuire & Associates, had been marketing the property for sale since October. He said he showed 75 or 80 people through the building and fielded another 130 or 140 phone calls.

There were almost as many plans for the building as there were suitors.

“I had different groups that talked about doing everything from a hostel to a boutique hotel, to mixed-use and live-work space,” he said. “There were ideas for commercial space again on the main floor with another restaurant and a couple storefronts, because it has such great visibility.”

Pre-auction, MacGuire predicted the sales price would be much higher than $4 million. But he said the final $6.55 million tag was a bit higher than he anticipated.

It will take some structural work to bring the building up to code, MacGuire said, but the payoff is there for a project well-done.

“It’s the potential of the building that makes it an exciting deal,” he said. “If you get the right owner and operator in there, even with the amount of money you would have to put into it, the numbers work. It’s a great building.”

After years of vacancy, a former hotel building has been sold at auction. Photos by Burl Rolett.

After a bidding war between several local developers, a beleaguered former hotel and restaurant building on South Broadway has finally changed hands.

The 1st Avenue Hotel has historic designation and I think the building behind it is included in that designation. Parking is a big issue on that corner and it would seem reasonable to tear the old apartment building down to make way for more parking but I don’t know if that is possible. The empty lot and building immediately to the West would seem a good candidate to be included in an even larger project. Hard to imagine the limits of the development potential of the block between 1st, 2nd, Broadway and Acoma but we do know the hotel will stay.

Any updates on this? I saw what looked like someone taking down the boards on this building a few weeks ago… now looks like nothing is happening.