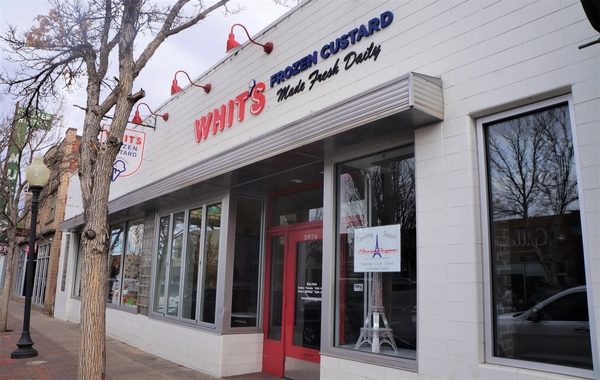 Whit’s Frozen Custard opened a franchise at 3926 Tennyson St. in August 2017. It closed its doors on Sunday. (Libby Flood)

An Ohio-based frozen custard chain has lost its sole presence west of the Mississippi, previously located in Denver’s Berkeley neighborhood.

Whit’s Frozen Custard, which opened at 3926 Tennyson St. in August 2017, closed Sunday. A creperie is moving into the 2,200-square-foot space.

Whit’s franchisee Don Kissack opened the Tennyson Street location. He told BusinessDen last year that he bought the franchise rights for a 65-mile radius and hoped to open additional locations.

Kissack did not respond to a request for comment this week.

Kissack bought the Tennyson Street location for $990,000 in May 2016, according to records. He told BusinessDen last year that he spent $600,000 to fix up the building. 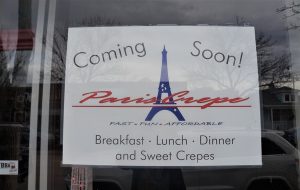 Paris Crepe is moving into the former Whit’s space, and plans to hold a grand opening by the end of the year. (Libby Flood)

Paris Crepe, a creperie with locations in Colorado Springs and Manitou Springs, has begun moving into Whit’s former space and will open with a limited menu within two weeks, owner Wahid Hafsaoui said. An official grand opening will be held in mid-to-late December. Hafsaoui said he signed a 10-year lease.

Paris Crepe has had a small Denver presence through a limited-menu partnership with Bambu, a Vietnamese-style drink and dessert chain, at its University of Denver location.

Whit’s Frozen Custard opened a franchise at 3926 Tennyson St. in August 2017. It closed its doors on Sunday. (Libby Flood)

Whit’s Frozen Custard closed Sunday after 15 months of operation. A creperie with locations in Colorado Springs and Manitou Springs is replacing it.