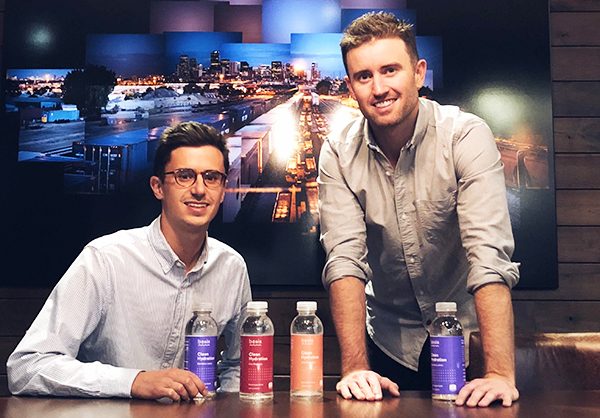 A Denver-based sports drink startup notched a win last month when Whole Foods began stocking it at 28 locations across the region.

Basis launched in October 2016 and markets itself as a healthier alternative to big-name sports drinks.

“There are a lot of mass trends going on right now for low-sugar, clean ingredients, and transparent and simple labeling,” said co-founder Henry Springer, 29. “Gatorade and Powerade have been around my whole life and there hasn’t been any innovation.”

Springer said he and entrepreneur Kyle Nowak created Basis out of “necessity.”

“Living in Colorado, Kyle and I found ourselves dehydrated often from the dry air and high altitude,” he said. “Looking at the different hydration options, we started realizing just how bad they are for you. We did find that Pedialyte solved our problem, because it has a ton of electrolytes. But at the same time, it’s made for infants. It’s got a ton of sugar and a ton of artificial ingredients. It’s nothing we would drink regularly to get hydrated.”

To develop their product, the pair looked to the World Health Organization’s formula for oral rehydration salts, used to treat dehydration in children caused by diarrhea.

Though sodium is critical for better hydration, Springer said adding salt, without also loading up on sugar, proved tricky.

“If you just have a little bit of sugar and a lot of salt, it tastes salty,” Springer said. “So we added monk fruit, which serves as a clean-tasting, natural sweetener. It kind of offsets the saltiness.”

Springer and Nowak teamed up with food scientists to develop the final product: a drink with three times the amount of electrolytes of most sports drinks, and four grams of sugar, compared to an average of 28 grams in competitors’ drinks.

Using California-based manufacturer H.A. Rider & Sons, Springer and Nowak made their first round of sports drinks to take to various gyms and yoga studios on a test run in September 2017. 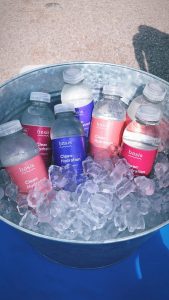 “We got a ton of feedback,” Springer said. “We wrote down what people said and realized that it was too salty, but people loved the low sugar, they loved the clean label, they just loved the idea of something that’s better than water but not as bad for you as Gatorade — it’s something in between.”

The pair revamped the product and launched on Amazon in March. By April, Basis had teamed up with Lucky’s Market to put the drinks in three of its area stores. The startup’s biggest break, however, was last month’s appearance in 28 Whole Foods Markets locations.

In stores, the drinks, in flavors such as blackberry lemon and grapefruit melon, retail for between $2.89 and $2.99 a bottle. The startup has sold about 11,000 bottles.

Springer and Nowak both work in sales, Springer in advertising and Nowak in software. Springer said it cost between $70,000 and $80,000 to produce the company’s initial run of 4,000 cases of 12 bottles each. Funding came from a combination of bootstrapping, investments from family and friends, and LendingClub, a peer-to-peer lending company, Springer said.

“Right now we’re really focused on doing well at Whole Foods and Lucky’s,” Springer said. “We believe we can leverage that into opening new doors at natural grocers. Our ultimate goal is to expand nationally at natural chains such as Whole Foods and Sprouts, maybe even Target eventually.”

“Gatorade and Powerade have been around my whole life and there hasn't been any innovation,” said Henry Springer, Basis co-founder.

Great concept and so overdue. Don’t be afraid to knock on the doors of main stream big box grocery retailers such as Target and also Walmart, Sams Clubs, Costco, BJs, etc.. You will have as many bulk purchasers as you will have individuals. You are offering a healthy alternative but Whole Foods is not the only outlet for healthy. Parents and coaches buy in bulk for games after game throughout a season. Bulk purchasers are more likely to shop at places which sell in quantity. I love Whole Foods but I don’t think to go there when buying in large quantities. Great product concept-best of luck succeeding with it!

Hi Jennifer, Henry here from Basis. Thanks for the wise words. We’re excited to move beyond Whole Foods and be able to offer customers a better product through stores like Target and Walmart. We’re currently available through Amazon Prime – just search “Basis Hydration.” Thanks for reading and for the support!