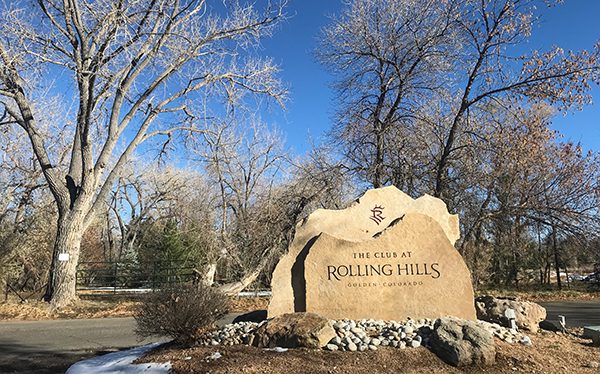 The Club at Rolling Hills has purchased its land from Coors Brewing Co. (Kate Tracy)

The members of a country club in Golden no longer have to pay rent to a beer giant.

The Club at Rolling Hills, located at 15707 W. 26th Ave., purchased the land it had been leasing from Coors Brewing Co. for $12 million on Oct. 31, according to county records.

Friends of the Club at Rolling Hills LLC also recently filed a Form D with the SEC, indicating the entity had raised as much as $4 million from 47 individual investors. Jim Billings, who has served as president of the golf club’s board and president of Skyline Property Management, did not return requests for comment.

The club, founded in 1955, moved to its current location in the late 1960s after Coors Brewing approached the board members about a land swap for Rolling Hills’ current 180-acre plot of land, according to Rolling Hills’ website. Coors underwrote the cost for the 18-hole championship golf course and other amenities at the club, including a swimming pool and tennis courts, the website says.

Rolling Hills offers fitness, swimming, tennis and dining options, in addition to golf. It built a new clubhouse in 2010.

Coors unloaded another golf course it owned in Golden, Applewood Golf Course, in 2016 for $13.5 million.

Around the metro area, Park Hill Golf Course renewed its five-year lease after negotiations for the city to buy the site where it operates were put on hold. Meanwhile, City Park Golf Course has completed the first of two years of renovations and will open again in 2019.

The Club at Rolling Hills has purchased its land from Coors Brewing Co. (Kate Tracy)

Coors owned the golf course for decades after underwriting the cost of developing it in the 1960s.