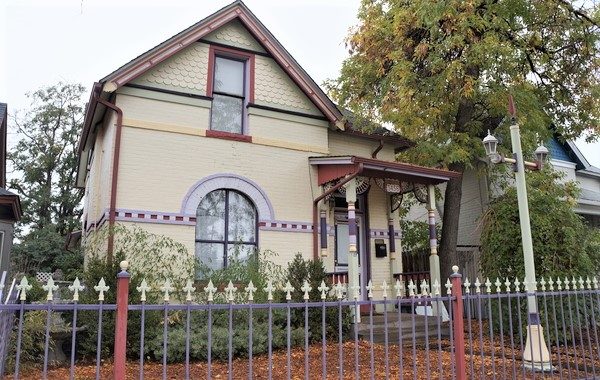 The owner of the Victorian home at 3456 W. 32nd Ave. in West Highland has proposed demolishing it in order to build a new two-story structure. (Thomas Gounley)

The owner of a Victorian home in the middle of a West Highland commercial stretch now wants to demolish, rather than renovate, the structure.

Ionic Holdings LLC submitted a site-development plan to the city in late September, proposing to replace the house at 3456 W. 32th Ave. with a new two-story structure.

The plan calls for a restaurant on the 2,100-square-foot first floor, and 1,200 square feet of office space on the second floor.

It’s the second plan the ownership has submitted to the city for the site.

The previous plan, which BusinessDen reported on in July 2017, called for the existing home to be renovated for restaurant use and for a two-story office component to be constructed at the rear of the lot. That city approved the plan.

Vance Kolesar, who spoke to BusinessDen for the 2017 story and is part of Wheat Ridge-based Ionic Real Estate Partners, did not respond to a request for comment. Michael Kolesar, whose name is included on the latest site plan, also did not return a voicemail.

Ionic purchased the property in December 2013 for $438,000, according to records. The property housed a massage salon and spa at the time of sale, but most recently has been used as a residence.

The building is between a cannabis dispensary and women’s clothing store Starlet.

A new restaurant at the site would have plenty of company. Other options along the commercial stretch include Pizzeria Locale, Trattoria Stella and The Matador. A sign on the window of 3464 W. 32nd Ave., previously occupied by Prosit Fine Beers and Sausages, indicates a Thai restaurant will fill the space. 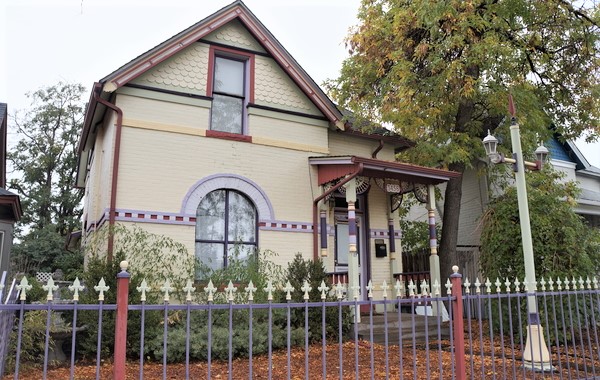 The owner of the Victorian home at 3456 W. 32nd Ave. in West Highland has proposed demolishing it in order to build a new two-story structure. (Thomas Gounley)

A new two-story building would replace the existing home. A previous site-development plan that the property owners submitted called for the home to be renovated.

The scraping of our City, its History, its character is absolutely disgusting! The money worshiping Politicians and Developers are destroying connectivity in communities and defacing our beloved City with their “density models” to meet the goals of set margins in a project. Wish they would STOP! HOW matters and show some respect to the LONG time artists and residents who helped put Denver on the map!

looks like this one will be showing up on https://www.instagram.com/goodbye_denver soon

Thanks for reporting this, Thomas. For those of us sick of this type of development that erases the city’s history, who can we talk to to fight this? The development in Denver is so disrespectful of the rich architectural and cultural heritage of this town and I’m ready to fight back.