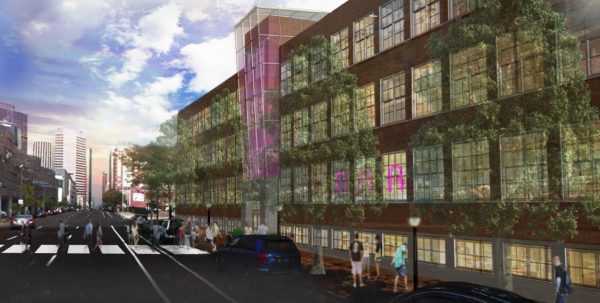 The owner of the former Emily Griffith vocational school at 1250 Welton St. in downtown Denver wants to convert the structure into a 250-room hotel.

Englewood-based Stonebridge Cos. also wants to convert existing structures on the other side of the block, facing Glenarm Place, into a parking garage, and a mix of retail and office space.

The above plans were presented Tuesday to Denver City Council’s Finance and Governance Committee. Council ultimately needs to sign off on adding the project to a redevelopment plan for the site that the body approved last year.

Emily Griffith Technical College was known as Opportunity School when it opened in 1916; it was named after its founder in 1933. The institution operated along Welton Street for nearly a century, moving to its current location on Lincoln Street in 2014. 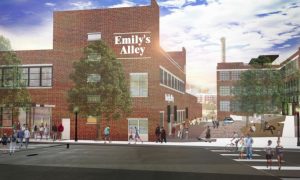 A rendering showing activation of the existing alley, looking south from 13th Street. The main entrance to the hotel is to the right. (Courtesy of Stonebridge Companies, via public documents)

The former school building was designated a local historic landmark, a status meant to preserve certain features of the site.

Stonebridge, which owns about 45 hotels nationwide, purchased the former campus, which comprises a full 2.4-acre city block, in May 2017 from Denver Public Schools, for $26 million. The campus is across the street from the Colorado Convention Center.

According to materials presented to the council committee Tuesday, Stonebridge’s proposal to redevelop the site involves the following:

The main entrance of the hotel would face the activated alley. 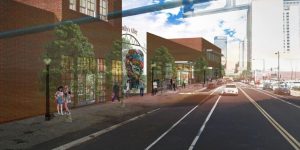 A rendering of the Glenarm Place side of the project, looking north, showing the proposed alley. (Courtesy of Stonebridge Companies, via public documents)

The estimated project cost is $96.55 million, which includes the cost of purchasing the property, according to materials presented to the committee. Historic tax credits are expected to offset about $10.4 million of that, and another $21.8 million would be reimbursed through tax-increment financing, diverting sales and property taxes pertaining to the site.

The proposal will go before the full council later this month, with a public hearing scheduled for Oct. 1. 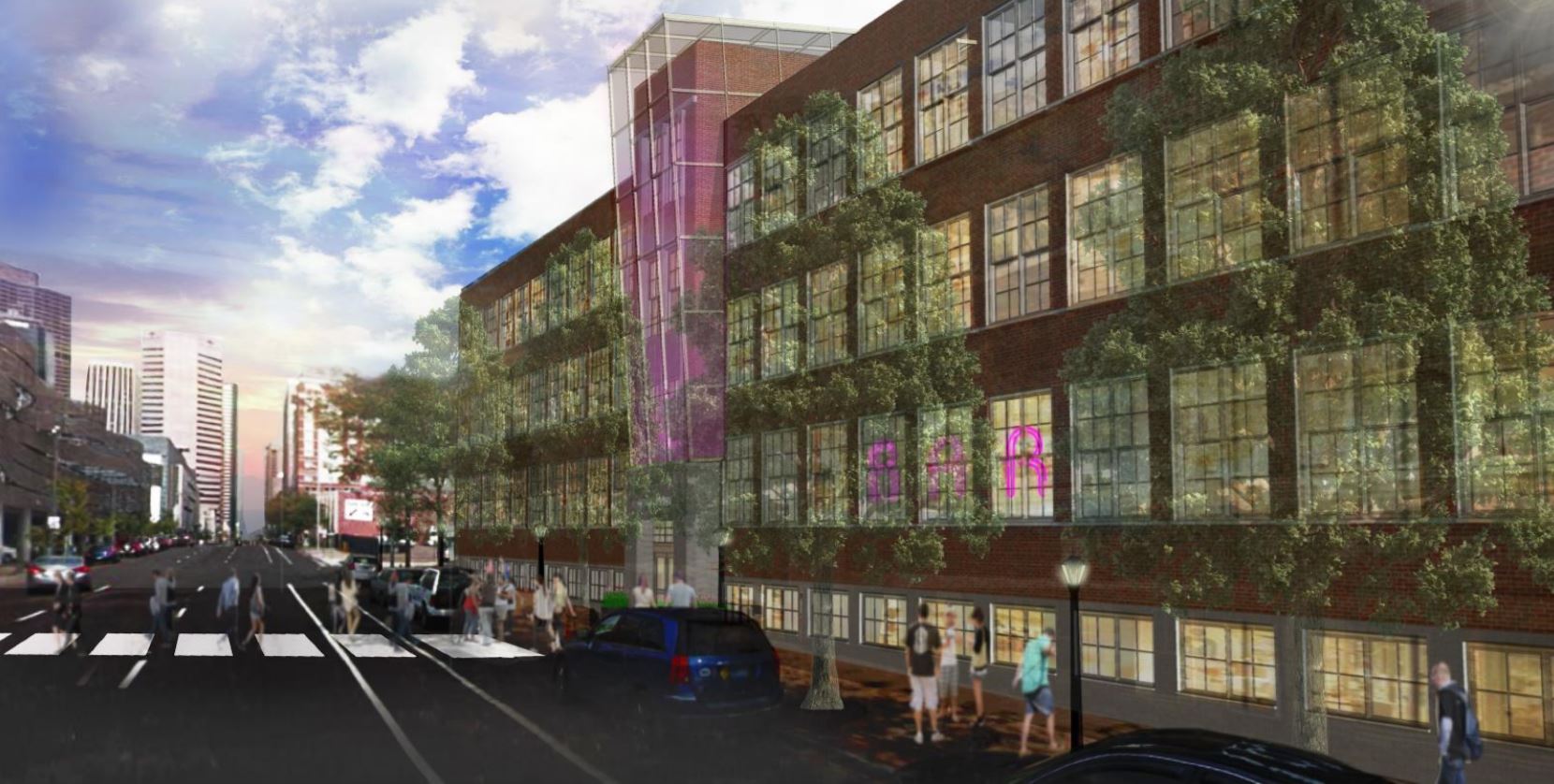 Englewood-based Stonebridge Cos. also wants to convert existing structures on the other side of the block, facing Glenarm Place, into a parking garage, and a mix of retail and office space.

250-room hotel with strong scholar spirit, so why not?