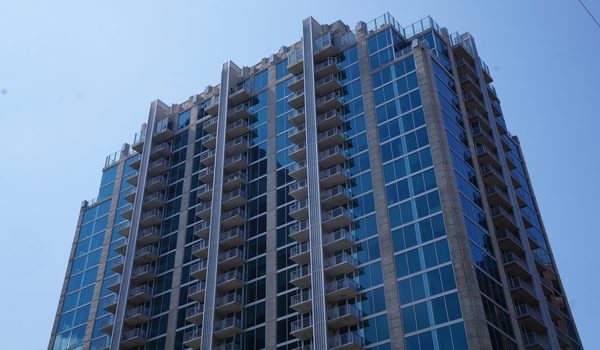 Equity Residential, a Chicago-based real estate investment trust that ranks No. 3 nationally in ownership of apartments, closed Tuesday on the purchase of the 354-unit building at 1776 N. Broadway from the developers, Atlanta-based Novare Group and Denver-based Simpson Housing.

JLL broker Pamela Koster, who along with colleagues David Martin and Mike Grippi represented the sellers, said Equity paid $139.75 million for the property. 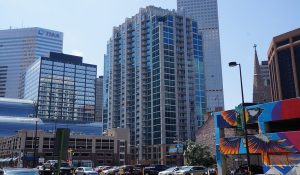 Koster said the property has 279,075 square feet of rentable residential square feet, as well as 6,650 retail square feet at the street level. Convenience store Choice Market and cafe Superfruit Republic are two retail tenants in the building. The property also includes a parking garage just west of the tower.

The sale price works out to nearly $395,000 per residential unit.

The developers broke ground on SkyHouse in early 2015, and the first residents moved in during November 2016. Novare has built SkyHouse towers in other cities around the country.

Studios and one-bedroom units in SkyHouse Denver start at $1,519 a month, and two-bedrooms start at $2,627, according to Equity’s website. Community amenities include a rooftop pool and fitness center. 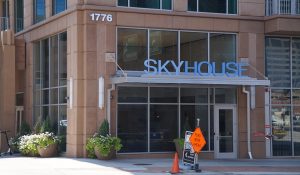 A second purchase by the firm was expected; Equity Residential CEO David Neithercut said in a July earnings call that the company was under contract for two apartment complexes in Denver.

As of the end of June, Equity Residential owned or had invested in 304 properties with 78,645 apartment units, according to an earnings report. The properties are located primarily in Boston, New York, Washington D.C., Seattle, San Francisco and Southern California.

Only Memphis, Tenn.-based Mid-America Apartment Communities and Greenwich, Connecticut-based Starwood Capital Group own more apartment units in the U.S. than Equity Residential, according to the National Multifamily Housing Council.